Courtesy of David Slinn, who worked as a comic artist during the U.K.'s "Golden Age" of adventure comics (late '50's - 60's) comes scans of an early Ian Kennedy aeronautic strip. It was published in 1961 in the "Collins Boy's Annual", but bearing in mind the long lead in time for such stories as well as the fact that the annual would have appeared in the autumn of 1960, this strip was probably created in 1959 or early 1960. 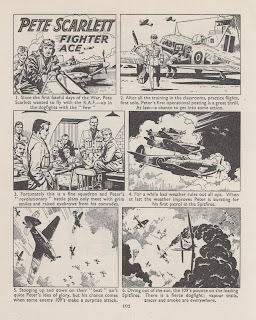 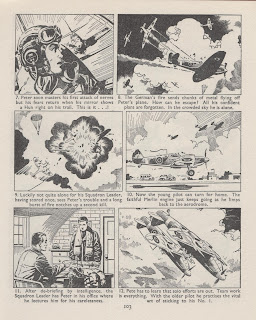 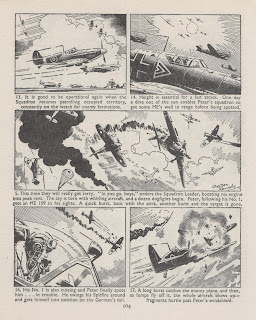 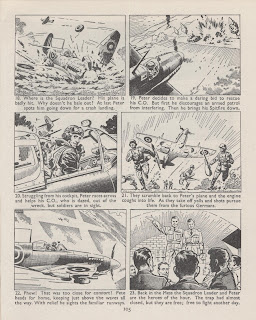 Not quite in the league of "Day of Reckoning: - but getting there!
Posted by Peter Richardson at 12:25