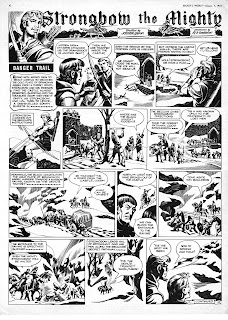 Here's an example, courtesy of David Slinn's archives, of some of Ron Embleton's pre and in tandem Wulf work. By in tandem, I'm alluding to the fact that when Embleton commenced work on Wulf in May 1957, he was still in harness with a couple of black and white strips and this; "Strongbow the Mighty" is one of them. These pages show just what a master of dynamic art Embleton was. And by dynamic, I'm not just referring to his figure work, but also his innate sense of design and his disposition of solid blacks and mid tones. All rendered with a brush, some of which were so fine that they were but a single strand of Sable. 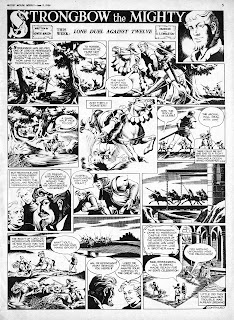 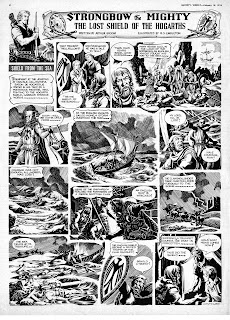 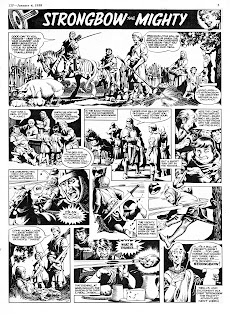 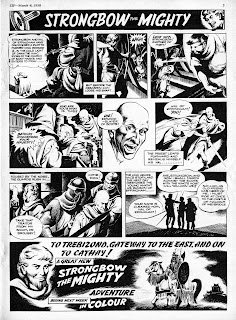