Many of the classics of children's literature adhere strongly to the principle of putting the child at the heart of the story. For books such as "Emil and the Detectives", "The Silver Sword", "The Jungle Book", "The 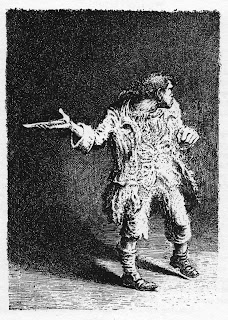 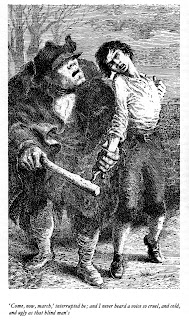 and "The Adventures of Tom Sawyer" children ultimately achieve a degree of control of their destiny through their own fortitude and resourcefulness. The need for children to feel they can at least exert a degree of control over the very big and uncertain world into which they are entering is a developmental essential and is a traditional dynamic for most children's books. 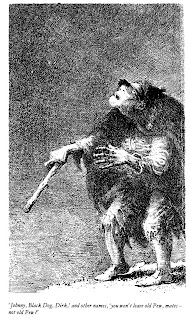 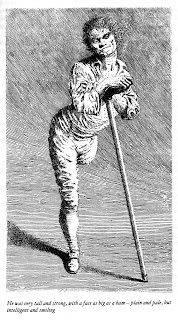 There is no greater exemplar of this maxim than Robert Louis Stevenson's "Treasure Island". The tale of the cabin boy Jim Hawkins overcoming the machinations and vicissitudes of a 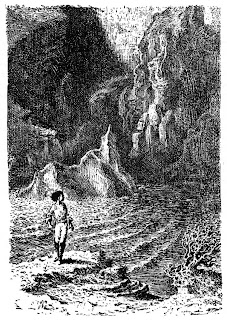 band of cut throat pirates, is a dark and uneasy tale and a story that has been visited and revisited by generations of illustrators. 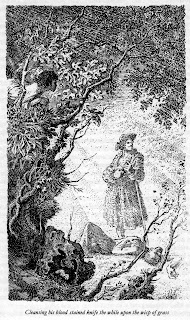 When Mervyn Peake commenced work on this classic tale in 1947, he and his young family had just moved to the island of Sark, a place he had fallen in love with when he had lived there some 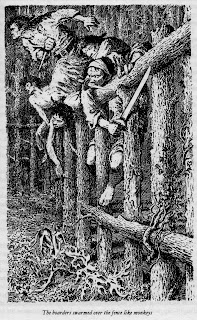 fourteen years earlier. The work he produced was distinguished by it's dark and brooding atmosphere. In contrast to N.C. Wyeth's powerful and romantic illustrations, Peake's vision is altogether darker and is very much the vision 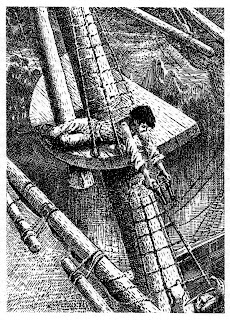 of a child beset by the threats and dark forces that the likes of Blind Pew, Ben Gunn and the charismatically amoral Long John Silver embody. 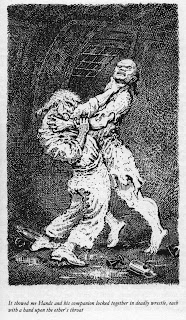 With his eldest son Sebastian modeling as Jim Hawkins and 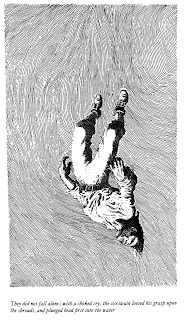 inspiration provided by the rugged beauty of Sark, Peake's illustrations for this classic text remain amongst the most powerful yet 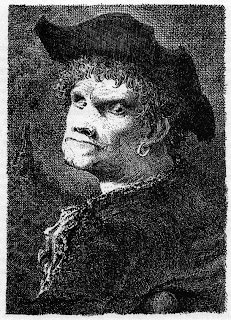 produced. The influence of many of Peake's favorite illustrators of yore such as Dore, Cruickshank, Phiz and Hogarth can be detected in the fine line cross- 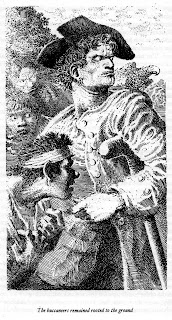 hatching and stippling he applied to these often macabre and 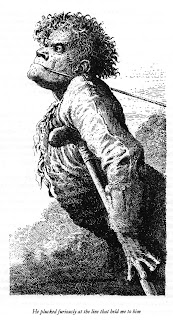 disturbing visions of the lawless society into which Hawkins has found himself cast adrift. 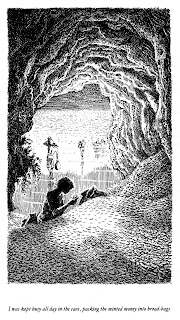 Here then is a selection of some of the illustrations that appear in this book, the good news is the complete edition is still in print. 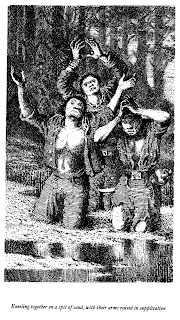 Posted by Peter Richardson at 09:32