I remember that my first introduction to the work of Mervyn Peake was around the time I was pursuing my Foundation Course at Hastings Art College. It was probably the illustrations to Coleridge's "The Rime of the Ancient Mariner" or it might have been "Treasure Island" and it was probably Mike the young tutor recently arrived from Brighton Art College (who had also introduced me to the work of Maxfield Parrish), that was the catalyst for this revelation. Probably something along the lines of: "Ere's anuvver geezer that's partial to a bit of the old stippling ... " 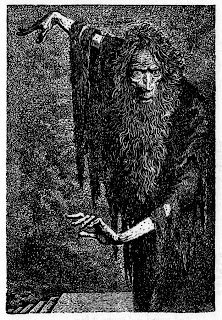 I was of course smitten, Peake's work is in a class of it's own as regards the power and intensity of his vision, he was one of those people who was incapable of being anything else other than an artist. And his artistry extended to painting, poetry and writing, he was driven by an almost demonic urge to share his visions of dark and brooding worlds and the strange inhabitants that he conjured from the depths of his soul. 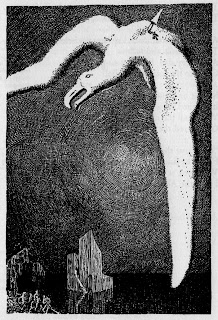 His literary tour de force The Gormenghast Trilogy still remains one of the most intense and absorbing epics of fantasy literature, rivalling in it's epic scope Tolkein's Lord of the Rings trilogy with which it is often compared. But while Tolkein's concept is far stronger than the writing that delivers it (i.m.o.). Peake's vision sears it's way into your subconscious by the strength of his 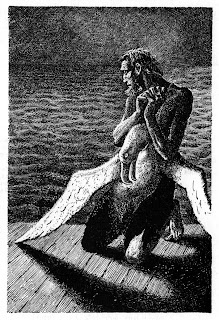 language. The man literally paints with words. Reading the books is an emotionally draining experience and the act of writing such an epic must have commanded all of Peake's resources, such is his commitment to delivering a fantasy made tangible by the power of his word play. 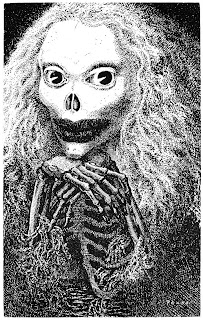 The first book "Titus Groan" had the endorsement of none other than Graham Greene and the publisher who read it over a weekend (he can't have managed much else over that time), decided to put it into print as soon as was feasible. The book was published by Eyre and Spottiswood in 1946, to much critical acclaim and has remained in print along with "Gormenghast" and "Titus Alone" ever since. 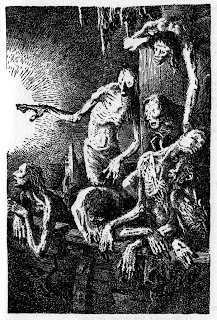 The artworks that I'm going to run past you as an example of Peake's mastery of storytelling are from the 1943 edition of "The Rime of the Ancient Mariner". The book was published in 1943, when paper shortages were such that the publisher advised Peake to start saving old tickets and 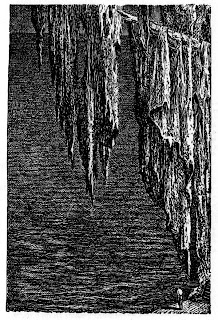 bun wrappers as they were going to need all the help that they could get sourcing paper. Peake who was recovering from a nervous breakdown, literally poured his heart and soul into these drawings to the extent that one of the artworks; the skul 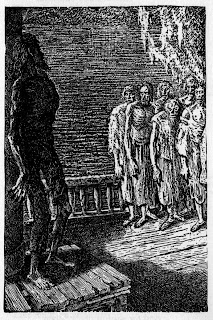 l faced woman was excluded from the original edition. A drawing which horribly prefigures the experiences he would undergo when he was sent to Bergen Belsen as a war artist to document the appalling sufferin 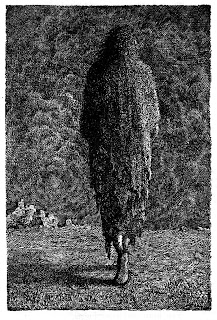 Further information on this brilliant and fascinating man can be found at the Mervyn Peake website
Posted by Peter Richardson at 08:58