Rowlf is one of those comics which once you've read it, has the insidious charm of all great works of art, it stays with you and random panels such as the image of a demon warrior licking the 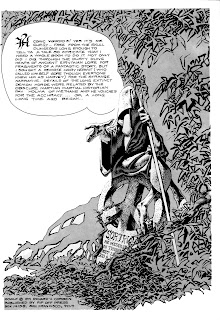 blood of his wrist bore deep into your subconscious in much the same way as the scene of the old woman with shattered glasses and bloodstained face from Eisenstein's "Battleship Potemkin" have come to represent a seminal moment in the history of the cinema.

And that's one of the qualities most apparent with Rowlf, Corben's love of cinema is evident 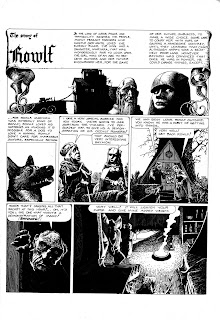 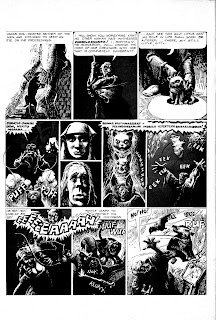 throughout the entire thirty two page, mini epic that this story of a man's or in this case woman's best friend represents. You can see it in his handling of light and shade, his choice of 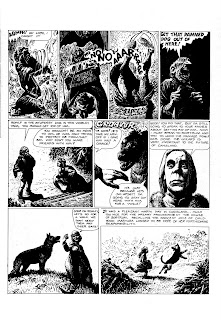 camera angle, use of close up and his feel for the way the story is paced. 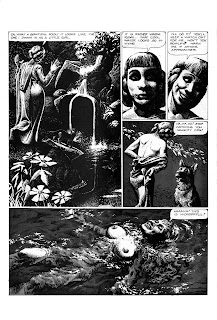 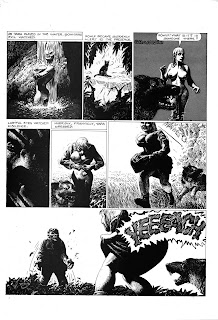 without having to dilute or otherwise compromise his vision. The 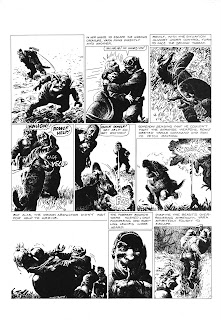 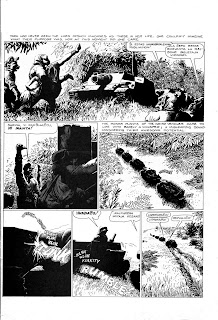 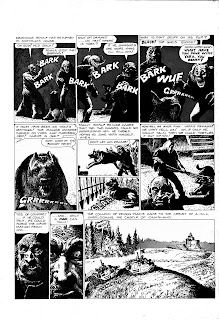 posters had begun to falter and who had neatly segued themselves into what was a now flourishing underground comics industry. 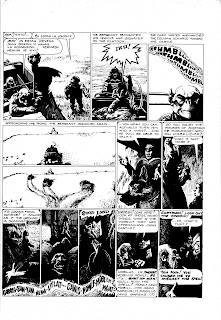 The story has been reprinted several times and been translated into a variety of languages and there was even a color version produced, but the version that you will be following for the next 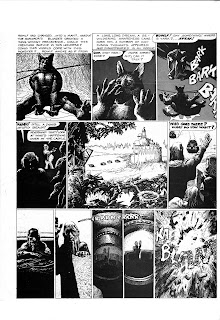 four postings is from the original edition, scanned and cleaned up for your delectation, as it was meant to be seen in pristine black and white. 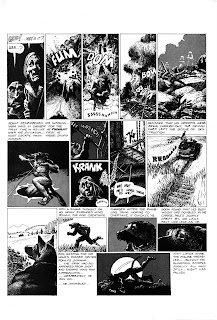 Posted by Peter Richardson at 09:37