I'm in a hopeless lather this morning chasing ever increasingly impossible deadlines, so the piece I was going to run will have to wait until another day but in the meantime, here's another Wrightson masterpiece from his "Booth'esque" phase and a delightful and insightful anecdote culled from the excellent The Warren Companion which is the work of my good friend David Roach and Jon B. Cooke, who are without doubt two of the greatest comic historians you could ever encounter and the job they have done in indexing and interviewing all the main players in the history of this fascinating company is second to none. 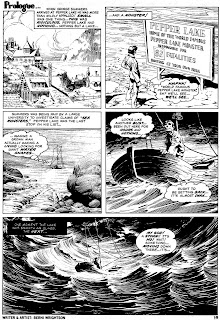 So anyway the story that Wrightson relates, I'll leave to the man himself. 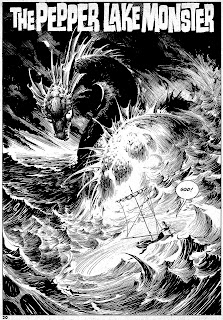 "About 1973 or '74, I was having trouble some financial problems (like that doesn't happen anymore! The more things change, huh?). Anyway, my phone bills backed up to the point that they shut the phone off and I needed something like two, three hundred bucks to have it turned back on again. 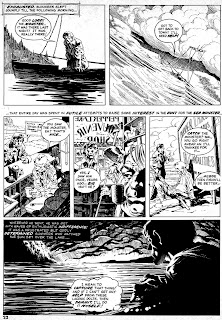 So I saw Jim (Warren) in his office and asked if I could have an advance on my current job for Creepy (I think it was "Cool Air"). Jim said, "Come in and have a seat." Suddenly very serious and all business. I sat down and he said, "I never give my artists advances, and here's why." 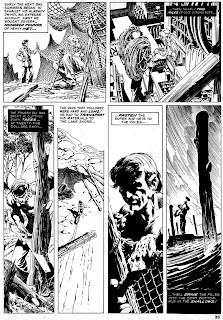 And for the next forty minutes or so he explained it to me. He said he's a businessman and he has to take a hard line about these things. He can't pay his employees until the work is finished and delivered. An artist enters into a business relationship with a publisher and an unspoken contract is immediately forged; the artist is given the asignment and completes the work on time and to the publisher's satisfaction, and then and only then, the artist is paid for his time, talent and effort. It's a mutual show of good faith, payment in full for services rendered, payment to be made only upon satisfactory completion of the work, on and on, straight from the text book of J. Paul Getty.

Then he went on to say that some artists {"not necessarily you") are unreliable or flaky, heads away in the clouds, virtual drawing machines but with no business sense at all. They forget or they think that it's not that important and they take their advance money and for one reason or another they never deliver the work. 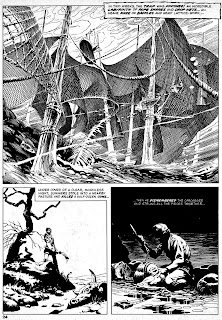 "And think about this," he said. "Suppose I give you your advance and you walk out of here, cross the street and you get hit by a truck. You've got your advance money and I have nothing. That's why I never give artists an advance."

I was about to thank him for his time and leave when he said, " I can't give you an advance but I will give you a personal loan." With that he took out his checkbook, and wrote me a check, which I later repaid him from the job he wouldn't advance me on. 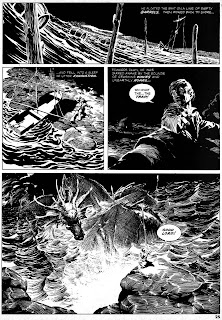 Fash forward six months or so. I'd broken up with my girlfriend and was moving upstate to Queens. Broke again and I needed two to three hundred bucks (same shit, different day) for the deposit on my new apartment. So I went into Jim's office to ask for another personal loan. 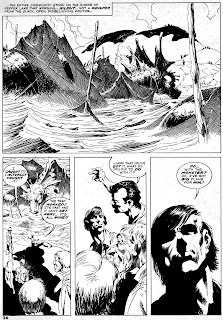 "Come in and have a seat. I never give my artists personal loans and here's why. "Businessman. Hard line. Unspoken contract. "And think about this; Suppose I give you a loan and you walk out of here and get hit by a truck." Deja Vu all over again. 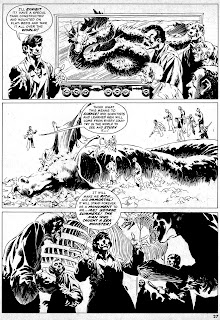 "That's why I never give artists personal loans, but I will give you an advance on your next job."

So feeling like I'd been slapped on both sides of my head with a sock full of mashed potatoes, I took my advance, thanked Jim and left." 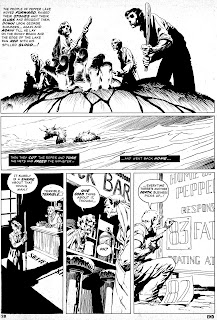 Posted by Peter Richardson at 07:37