Wulf The Briton - An Update! 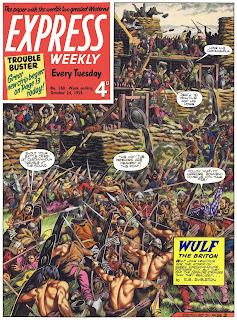 Hopefully this will be the last update on the status of Wulf before the book is published, although it's always fun to talk about projects in the pipeline the fact that this particular book has been delayed longer than any of us would happily have countenanced has got all of us just longing to get  the book in our hands.

To briefly reprise the reason for the delays, we had later than expected arrival of the proofs, which  had been held back by the publisher until he could ship across the leather bound slipcased edition in the same consignment. The box we received weighed a ton with several hundred proofs in addition to the leather clad maquette. The proofs were by and large great but there were two considerations we had to wrestle with. 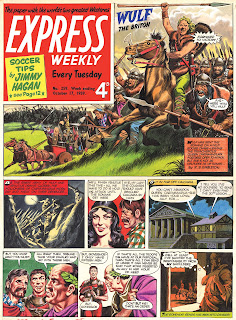 Firstly - and very importantly, the paper Book Palace Books had specified was not the paper that the proofs were supplied on. The proofs which superficially looked great were in fact on a gloss surface paper, the result was that the pages were if anything richer and brighter than the original comics and a lot brighter than Ron Embleton's original artwork would have been. Having seen a lot of Embleton artwork over the years, including pages which have been carefully stored well away from light, we knew what we were looking for in terms of repro and the paper was a very important part of that equation. 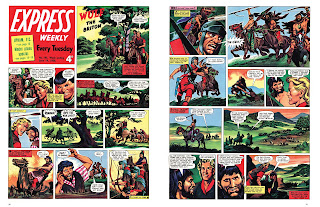 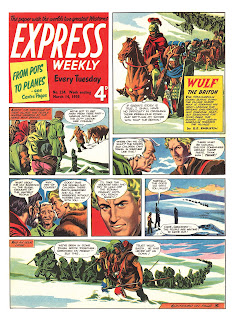 We needed to get back to our very helpful Chinese printer and get them to run us off proofs on the correct paper before pressing the go straight to print button. Meanwhile yours truly was fretting about areas of drop out and other minor imperfections that necessitated more unobtrusive restoration work. This ended up taking a heck of a lot longer than I originally anticipated but working with the proofs as well as the original comics was the key to ironing out those minor defects.

We eventually received the proofs on the correct paper and putting the pages next to the original comics was just astonishing. 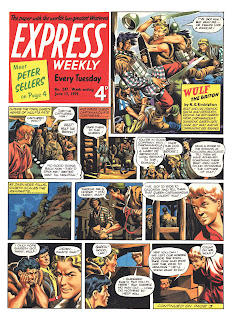 ... there was no perceptible difference on the pages. The paper in conjunction with the scans and the careful restoration of all those colors and tones that normally get the crap knocked out of them with this sort of procedure were both singing from the same hymn sheet.

We were ready to send back the humungus box, but by this stage the snows of late November had descended and we were unable to send anything anywhere. By the time we did get the stuff sent off to China our printer who is every bit as much a perfectionist as the rest of the Book Place Team insisted on doing another run of proofs just to ensure that all the re-tweaked files met our expectations.

So another box etc, etc. 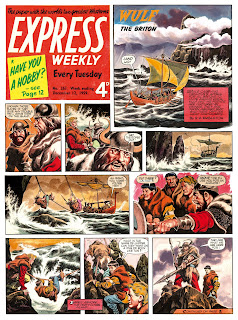 However not all bad news, first the book is even better than it would have been and second we were able to add some new pages to the original artwork section of the leather edition and even after all the files had gone to China another fabulous piece depicting Wulf and his companions in the thrall of Viking invaders, surfaced courtesy of Paul Stephenson publisher of the brilliant Frank Hampson biography "Tomorrow Revisited".

So as a special thank you we are going to enclose a limited edition print of this fabulous Ron Embleton Wulf artwork  (same dimensions as the original Express Weekly comic) with each copy of the book to everyone that has or will have pre-ordered this book. There are in all 200 copies of this print and we will send them out as long as supplies last.


In the meantime many thanks from all of us to you for your patience and forbearance.

For ordering details please go to Book Palace Books, ordering from the publisher direct is the best way to avoid the whopping mark up that you will encounter once a distributor becomes involved in the equation.

All images © Express Newspapers 2011
Posted by Peter Richardson at 22:32