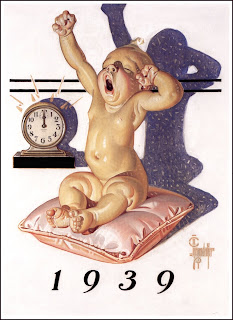 Any excuse for posting a painting by J. C. Leyendecker is alright by me.


So here's one by Joseph Leyendecker from 1938, when even though his artwork was no longer as much in demand as it had been for much of the previous thirty years, still stood head and shoulders above most of his peers. 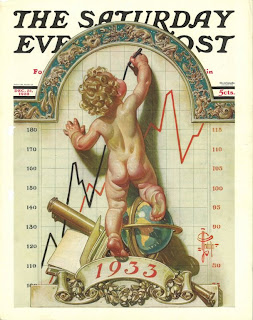 Leyendecker despite the incredible success he enjoyed, clove to an ethos of insecurity to ensure that he remained hungry for the next commission and while his younger brother, illustrator Frank, fluffed up deadlines, Joseph ensured that his work was always of exceptional quality and always. always delivered on time. The necessary impetus to impending penury was created by J.C.'s determination to always spend that little bit more than they were earning. A situation exacerbated by the truly imposing  mansion in New Rochelle that they shred with Charles Beach, the model for one of J.C.'s most prestigious accounts for Arrow Shirt Collars. The glamorous characters that he created for this long running series of magazine ads, created such a stir that sack loads of fan mail directed to the characters themselves rather than J.C. were routinely delivered to the magazines running the ads.

Anyway, here for the moment is the New Year cherub as well as some other vintage examples of Leyendecker artwork. 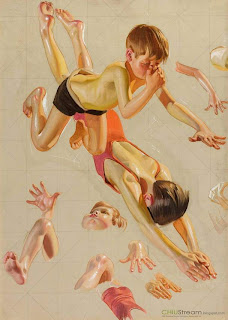 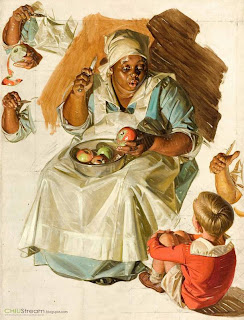 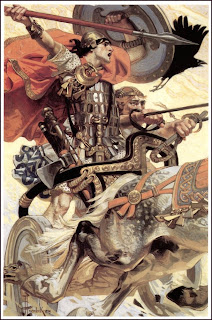 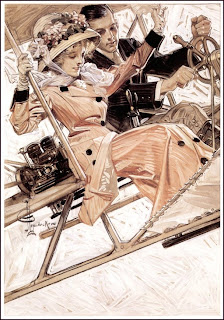 Posted by Peter Richardson at 19:11