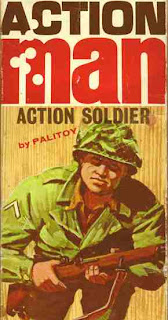 As is traditional over the festive season, we had a family gathering which was, as always, a most pleasant affair. We had our youngest son and his girlfriend as well as my brother as house guests in addition to a lot of gatherings with other members of the family.

On reflection my brother and I have been together for most Christmas's and there is always something of a revisiting of childhood memories and, as I look at my latest Christmas gift from him, a cleaving to shared passions which our mother always regarded with deep regret, usually couched with the words, "Don't you think it's about time you grew out of ..."

And there lies the essence of the problem, it's not just my dear old, long departed Mum it's women in general who even in their youth, although they may well be the essence of every young man's romantic fantasy made flesh, are in fact more grounded in reality than most men ever achieve no matter how old they are. Men are dreamers, women are realists, much more adept at dealing with the practicalities of life and it's at times like Christmas when comes the moment for the exchange of gifts between my brother and I that the sheer impracticality of those dreams is exposed. 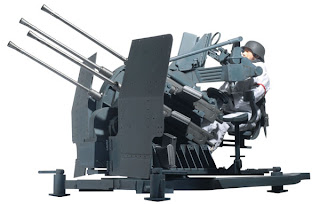 So here dear reader is my Christmas present - still in it's box awaiting the moment when I will clear a space in my studio to display the thing in all it's insanely detailed glory. My brother meanwhile was the recipient of an equally incredibly detailed 1/6 scale mortar complete with fanatical SS man ready to fire the thing.

The origins of this tale of obsession lies way back in the mists of time when in 1966 UK manufacturer Palitoy under licence from US manufacturer  Hasbro introduced the revolutionary concept of Action Man - dolls aimed at boys as opposed to girls. For 1966 a really wild idea but the fact that these dolls were fully articulated fighting men, wearing cool US Army, Navy or Air Force gear was irresistible. In fact the reason they were thus attired was that they were clones of Hasbro's GI Joe line of action figures. The word doll was unconscionable to all right thinking boys - they were action figures!

So we collected them and eventually as inevitably happens we managed to momentarily convince ourselves that we'd grown out of the things and sold the lot, which by the time we sold them was a pretty impressive collection. 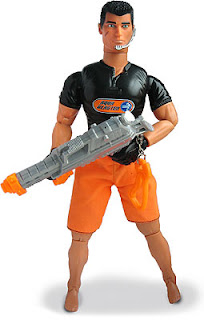 It wasn't until years later that our own boys were at the stage of wanting their own Action Men that I revisited the world of dolls ... sorry action figures for boys. The range of figures and their gear was a real disappointment, and you could tell that the figures on offer lacked any real idea of who they were aimed at. The military range was gone and the fantasy figures that were on offer were just ludicrous and looked like poorly designed and articulated dolls made out of cheap plastic with really tacky accoutrements.

The Action Man of 1966 was just a distant memory, although and interestingly there were a few cottage industry type manufacturers producing military figures to the same 1/6 scale with relatively impressive equipment, even if the actual figures were not much better than those available in your local Toys R Us. The problem that beset these small manufacturers was that by confining themselves to small scale productions their action figures were just too expensive, especially when the figures themselves looked relatively amateurish.. 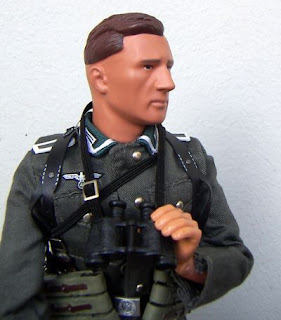 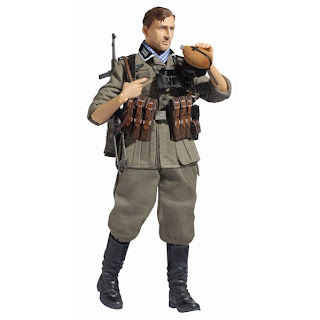 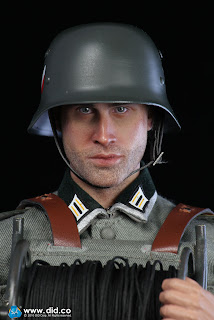 The major development in catering for the market that Hasbro had failed to recognize and the cottage manufacturers had failed to adequately service, came when Dragon Models launched their first 1/6 scale action figure in the summer of 1999. Based in Hong Kong, which under the relatively laissez faire tax regime of a succession of UK governors has been the model for China's rise to the industrial giant it now has become, the company had achieved international renown amongst model makers and military enthusiasts. 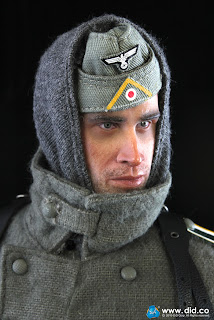 The price of the first figure Hans (with a distinctly Liam Neeson head sculpt) not only undercut the cost of the cottage industry figures it also undercut the price of Hasbro's figures. And this for a figure that was not only beautifully sculpted but whose equipment was correct down to the 'nth detail. I mean not only did Hans M35 Stahlhelm look correct from the outside but it also came equipped with the correct Wermacht helmet liner!!!

Initial sales were very encouraging and as each new figure was launched the company strove to outdo their previous efforts. Needless to say I was hooked, I was no longer buying them for the kids (perish the thought!) I was buying them for myself. 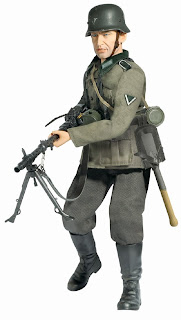 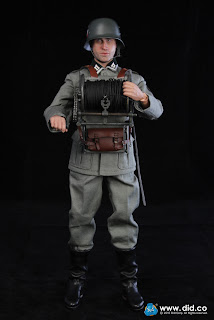 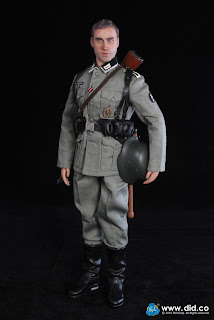 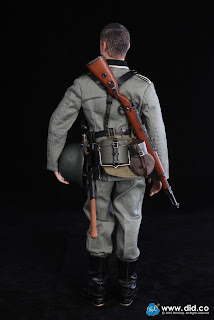 To cut a long story short, I became hopelessly addicted, as each new figure appeared I bought it before it sold out and it became unobtainable outside of the secondary market where the prices were becoming truly horrendous. I had set certain boundaries to my collecting. Initially only World War 2 figures and then when the enormity of the undertaking dawned upon me only The German Army. But even these constraints were not enough. It got to the stage where we were running out of space to store the figures and in the end with the loft (rechristened The Luft by my co-conspirator brother) bulging with hundreds of boxes of the things (many unopened). The demands of lebensraum that my 1/6 scale obsession were making were simply untenable. So I decided to wean myself off the sad obsession by simply not even checking out all the regular sites that were feeding my addiction. 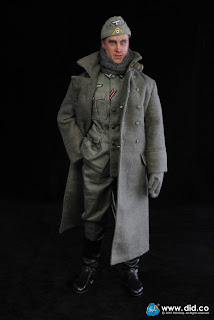 So we only ever revisit this lunatic enterprise when my brother and I get together at Christmas and somewhat shame faced  unwrap the boxes we have bought each other, containing another addition to the ranks of our  burgeoning army.


But there are others out there who have also fallen victim to this manifestation of men's inability to entirely reconcile themselves to the more prosaic concerns that govern day to day existence as can be witnessed via this monument to blokedom as expressed through 1/6 scale. 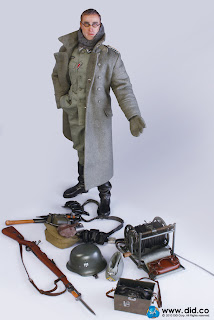 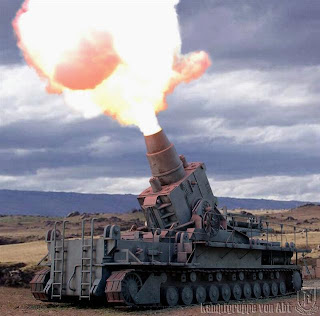 Posted by Peter Richardson at 17:49