A Spooky End To A Spooky Year 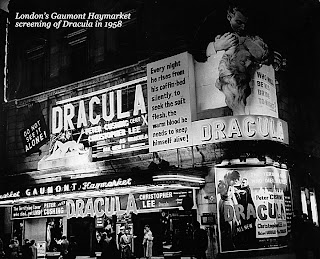 I have just read of the discovery of what for many fans of films that go bump in the night is something of a holy grail. The preamble to my uncovering this bit of news is that I had determined that whatever else happened today I had to make another blog posting before the year end. To this effect, I decided to do one of my brief updates on my current illustration activities and as this involves a series of books devoted to a team of daring girls who dedicate themselves to unsettling the best laid plans of vampires, ghouls and zombies I was trawling the internet for some examples of the vast hinterland of trash culture that informs these images. 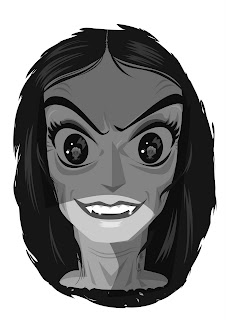 In particular there is one image which is very closely allied to a sequence from Hammer Films Dracula (Horror of Dracula as it was in the US). The sequence in question is toward the climax of the film and is heavily laden with sexual innuendo as Dracula slowly and lasciviously reveals the fangs that are about to render the lovely Mina Holmwood as yet another slave to his malevolent bidding. As he does so there is a subtle tinkling not unlike the shiver of a dozen shards of glass which adds an extra frisson of anticipation to the occasion.

This is what I had in mind when I created this image illustrating a moment when one of the aptly named Spook Squad girls is menaced by a vampire. 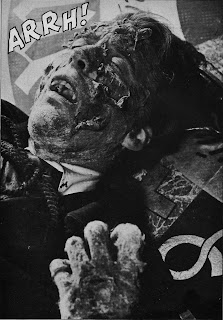 But as I checked out various links I discovered that the cartoonist and writer Simon Rowson, aided by his Japanese wife Michiko, had managed to finally track down the least censored print extant of what was Hammer's finest Dracula film. It has long been common knowledge amongst Hammer devotees, that the studio would issue three different cuts of it's films. The UK would have the most heavily edited to conform to the very strict censorship rules that applied, the US would have the next longest and the Japanese whose censors seemed quite liberal in comparison would have the longest versions. It was this image from Warren's comic strip adaptation that gave a clue to what the Japanese might have seen which the rest of the world hadn't that gave added impetus to the hunt for the missing print. 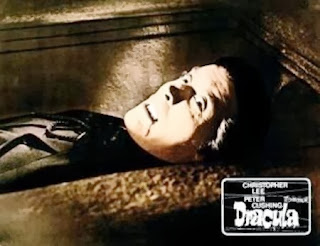 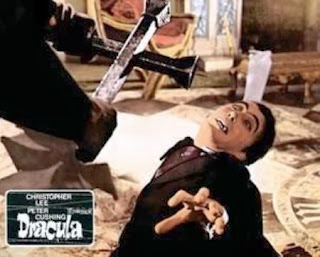 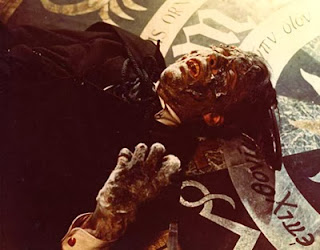 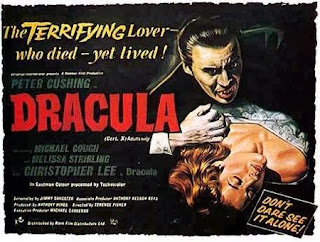 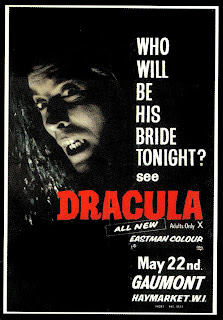 It was down to the superb teamwork and dedication to the project of Simon and Mitchiko who are based in Tokyo, that enabled them to finally locate a partial print of the Japanese cut of the film. The first five reels of the film had been lost in a studio fire in 1984 but reels 6, 7, 8 and 9 still survived and as the most heavily censored scenes, including the climatic disintegration scene occurred towards the end of the film this was indeed a fortuitous outcome. Simon was able to view  the last two reels and as well as the disintegration scene including the much speculated close ups of Christopher Lee's face, there were other snippets from the Mina Holmwood seduction scene which were absent from the versions familiar with audiences in the West.

The lost footage is apparently going to be included in a forthcoming UK release of this fabulous film.