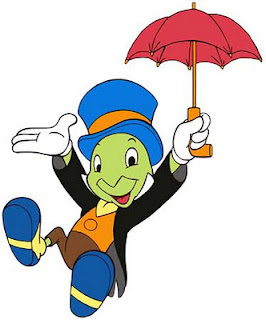 Do you remember Jiminy Cricket? Old Jiminy was the little grasshopper character that was appointed Pinocchio's conscience by the Blue Fairy. And every time old Pinoke was going astray, little Jiminy would be whispering in his ear and trying to steer him back onto the road of true righteousness.

Well, I have my own Jiminy Cricket although he is slightly larger than the dear wickle Jiminy, but like Jiminy his word is to be heeded. Simon is a dear friend and occasional cricket... err critic of this blog. Simon has divined that most bloggers have their comfort zones and mine are he reminds me, becoming all too apparent. 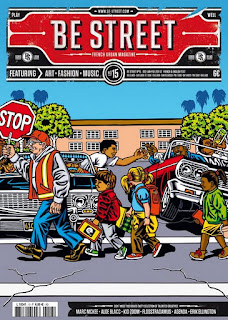 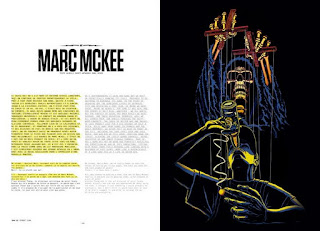 I did make an effort yesterday by referencing the work of the little known but singularly gifted Bill Mevin, but as Simon rightly observed I did grab hold of the old comfort blanket by mentioning Ron Embleton, who I have to admit, is something of a recurrent theme in many of my posts. 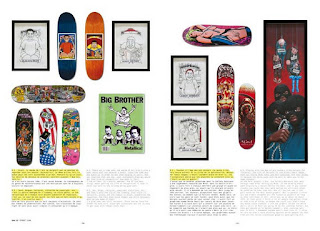 Counsel for the defense submitted that their client also made mention of J. Arthur Rank, David Hand and British Gaumont (aka Rank Organization), who have never featured in this blog before, but the verdict was pretty damning, and I am for the moment hanging my head in shame.

If fate was kinder I would love to devote one blog posting to Simon's incredible photography. This man who lives in the deepest and darkest part of rural Sussex is without doubt one of the world's greatest glamor photographers and somewhat insanely he has never had an exhibition of his work, I am one of the relatively few people on the planet to have seen these works along with the beautiful women who are so entranced by his work that they offer themselves up as eager subjects for his lens. 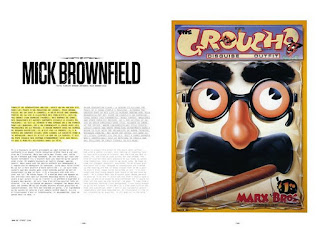 But for the moment these amazing works will just have to remain the stuff of legend, whilst I run past you chaps and chappesses the latest issue of Be Street, which has so far managed to avoid mention of Frank Hampson, Ron Embleton, Denis McLoughlin, Ian Kennedy, Carl Barks, Floyd Gottfredson, Al Williamson, Steve Ditko or even Bill Mevin. 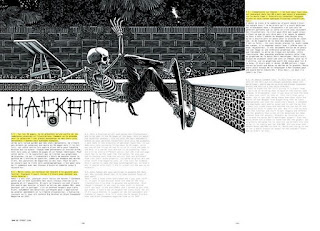 But it is super cool with fabulous layouts, some great artists and a short feature on illustration legend Mick Brownfield (a feature on Mick will also be appearing in an upcoming issue of Illustrators), who sent me the details which I am now sharing with you.

And Be Street's Twitter is here
Posted by Peter Richardson at 14:42