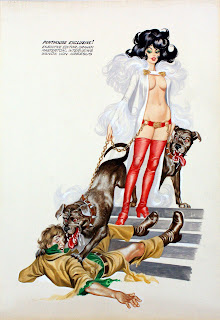 The strip lasted from 1973 to 1980 and was a truly credible riposte to Kurtzman and Elder's Little Annie Fanny. 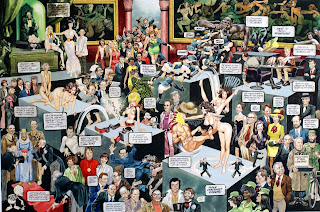 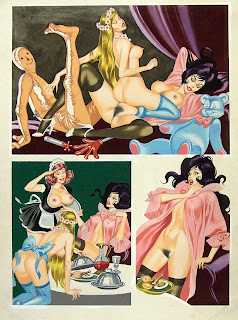 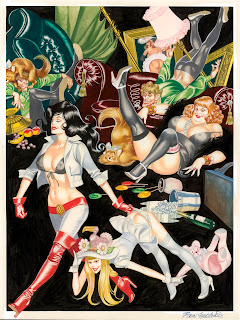 Here are some fabulous originals sourced by The Book Palace, see if you can spot the Embleton self portrait in the large artwork.
Posted by Peter Richardson at 22:49