Latest Commandos and A Classic That Deserves a Reprint 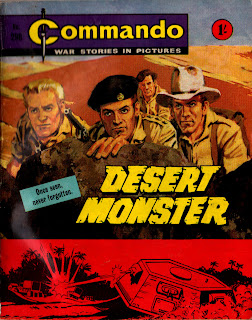 Calum Laird the editor at Commando HQ has sent me the latest details of the newest editions of this long running, in fact longest running UK pocket war comic.

Included in the line up is one really weird story; Desert Monster with three typically non-conformist Commando types tackling the Afrika Korps with the aid of a strange invention. The sort of script that made Commando so different to it's Fleetway rivals War Picture Library, Battle Picture Library and Air Ace Picture Library.

Here are the first four pages from this story as drawn by Quesada, with some beautiful inking somewhat reminiscent of Matias Alonso. 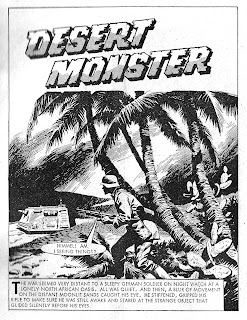 And to round off this posting and as Commando are now opening up the vaults back to those mythic early years here is some real Spanish bravura art by one of David Roach's favorite artists - Gonzalez created shortly before he commenced working with James Warren creating some of the loveliest ever artworks for Vampirella.

Perhaps we ought to petition Calum and his team to include this masterpiece on their reprint schedule. 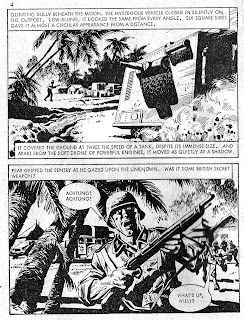 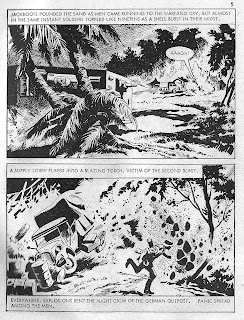 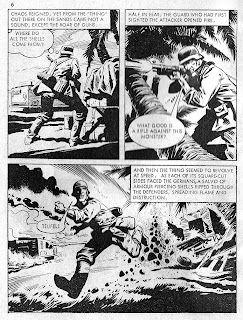 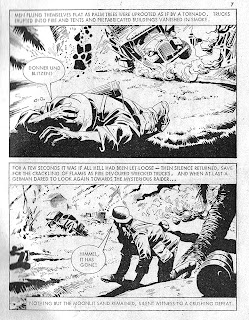 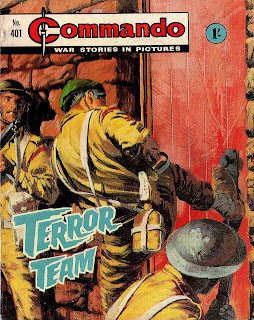 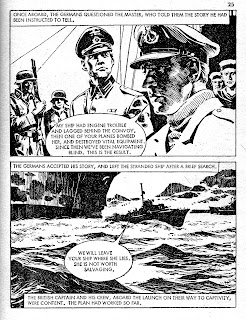 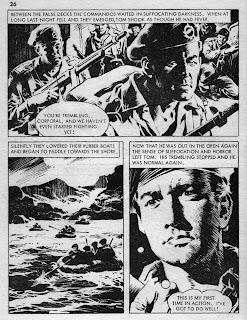 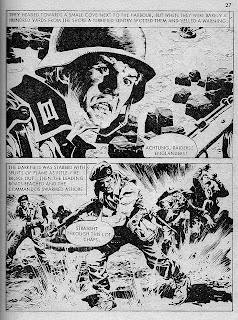 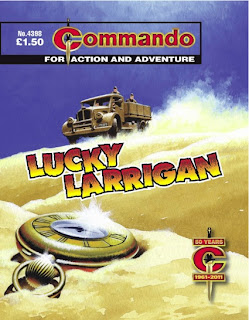 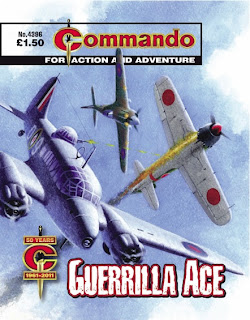 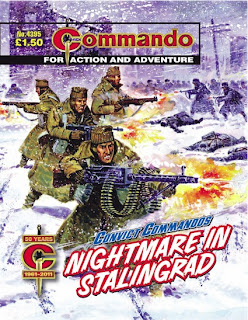 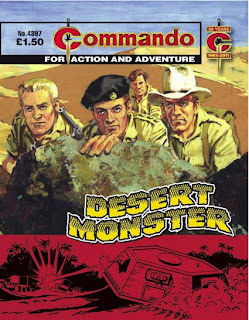 Take a mission to a city under siege where two armies were locked in a battle to the death. Add in a sadistic and murderous NKVD officer and a mind-control device, powerful enough to turn any man into a fighting fury, and what do you have?
Just another day at the office for the Convict Commandos…

Did you know you can vote for your favorite bunch of Commando Heroes on our Facebook page? Headline Heroes, Convict Commandos or Ramsey’s Raiders.

Karl Braun ⎯ a German fighter pilot who hates the Nazi regime ⎯ deserts and stows away on a ship to the Far East. When he gets to the Philippines, though, war has followed him and he finds himself a prisoner at a small jungle airstrip.
His Australian captors want to hit back at the invading Japanese and hatch a plan to use a battered Avro Anson aircraft as a makeshift bomber. They also have a P40 Tomahawk fighter but no pilot…or do they?

“No, Herr Hauptman, I have not been out in the sun too long. With my own eyes I saw it…it had six sides, as many guns as a pocket-battleship and moved like a great crab at about one hundred kilometres an hour. A tank? No, it wasn’t a tank. It was more like a monster…”
And after that report from a badly-frightened radio operator came into Nazi HQ, a wave of fear swept the desert. What was the Thing that struck from the shadows like a prehistoric beast? Only four men knew…and they were all listed as dead!

It’s strange, I remembered this story very clearly from 40-odd years ago yet it wasn’t until I read it again for its re-issue that it struck me that whoever came up with the idea for the A-Team had been beaten to the punch by decades. Not only do we have the mechanical wizards, we even have a cigar-smoking hero!
At the age of 11, the creation of The Thing — the Desert Monster — fired my imagination so much that I tried to build a model of one myself. Of course I didn’t manage but that just made the heroes so much the better.
So, I challenge you have a look at this one and tell me that Lars, Alf, Jack and Tex — created and given form by Messrs Skentleberry and Quesada — aren’t better that their modern counterparts. The A*-Team, that’s them!

A truckload of Italians who wanted only one thing — to surrender. They’d had enough of the war, getting shot at by their own side as well as the British, and now they simply wanted out. They would surrender to anyone who would have them.
But what was that over there, glinting in the sun? A gold pocket-watch, and beside it and English pilot, staked out to die of thirst…

Commando heroes have had their share of charms and mascots through the decades and, at first glance, this story seems to be about English pilot Ben Larrigan’s lucky gold pocket-watch and whether it’ll see him safely through the war.
However, a truck-full of cowardly Italian soldiers, desperate to surrender, are the real stars ⎯ especially Gino Coppa, the hyperactive sergeant who refers to himself in the third person and unexpectedly bursts into song with his chums every now and then. He’s a marvellous creation, appearing in a memorable desert adventure.
We’re lucky that the Commando vaults are full of such gems and I’m lucky to have had the chance to select and share this brilliant tale with you 30 years on.