The Christmas Goose - Some Vintage Embleton 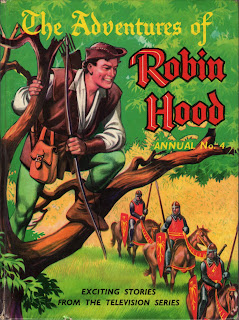 Well as it's the festive season, I thought I'd keep the theme running a little longer. This delightful piece comes from the 1959 Robin Hood Annual published by Adprint. Rather confusingly Amalgamated Press also published Robin Hood Annuals, so that U.K. newsagents would have both books on offer often on the same shelf. But Adprint did have two advantages over their competitors in that they had the rights to offer adaptations of the then popular TV series starring Richard Green and their second advantage was that they had the considerable talents of Ron Embleton to call upon. 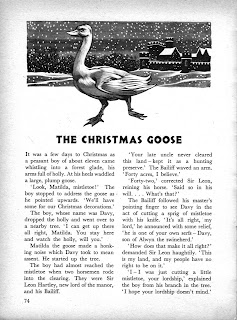 As mentioned elsewhere on this blog Ron Embleton was an incredibly fast worker in addition to being a draftsman without peer in the field of UK comic strip artists, so while he was turning out stellar artwork for the Robin Hood annual, which he illustrated in it's entirety, he was also working away on similar books for Sir Lancelot, Hawkeye and the Last of the Mohicans, The First Book of Heroes and R.C.M.P. ... oh and yes! Two pages of Wulf the Briton for Express Weekly. 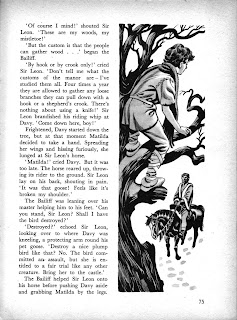 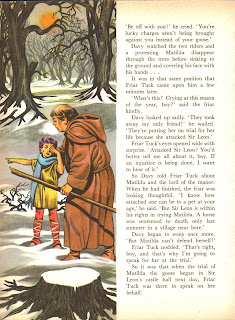 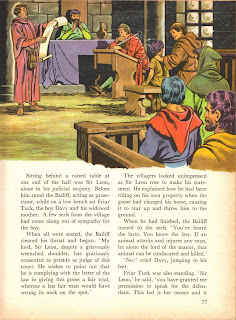 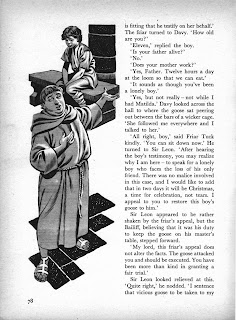 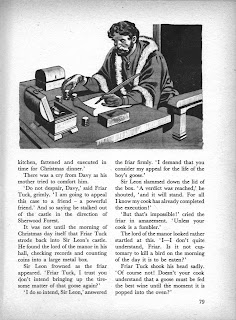 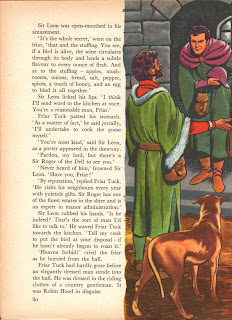 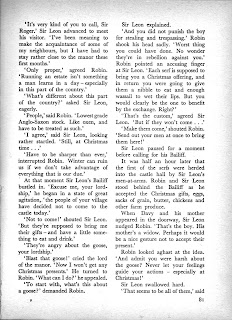 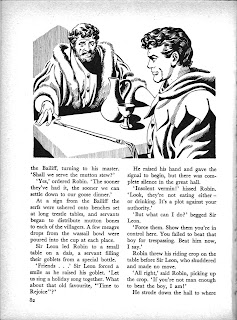 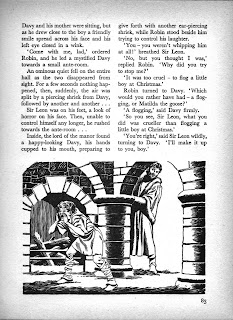 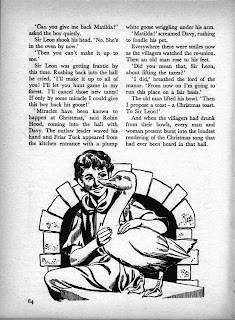 So here is a heartwarming Christmas story set in Norman occupied England, when the good yeomen of Merrie England were bowing under the weight of exorbitant taxes - hmmmm not much change there now is there???
Posted by Peter Richardson at 12:00