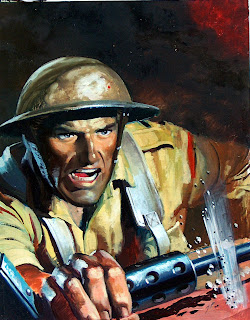 A little while ago I made a posting about the Catalan artist Jordi Penalva's war pocket library artwork. He was one of a group of European artists, including Alessandro Biffignandi, Pino Delorco, Nino Caroselli and of course Giorgio D'Gaspari whose work graced the covers of publications such as Fleetway's  War Picture Library, Battle Picture Library before he then went on to work rival publisher DC Thomson's Commando. 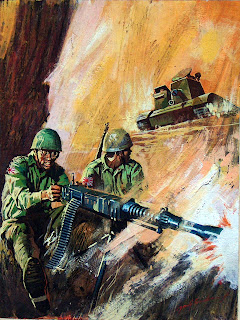 Penalva's work is characterized by the ruggedly good looking blokes that hold center stage on his covers, some of whom as in the first of these examples seem straight out of the Norman Saunders pulp art mould. His brush work is also very distinctive. He usually worked in oils on a rough gesso surface so that even the way the paint was applied spelled R U G G E D. 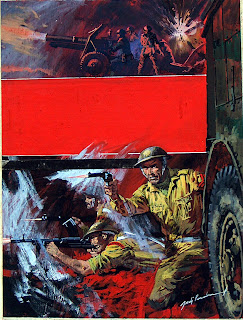 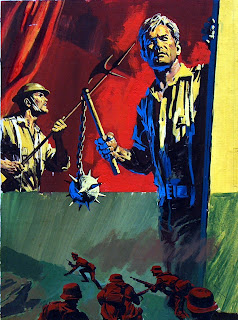 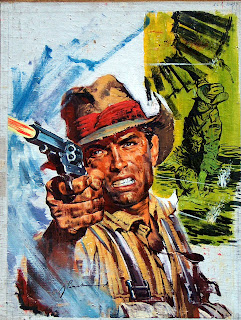 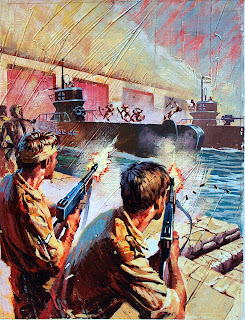 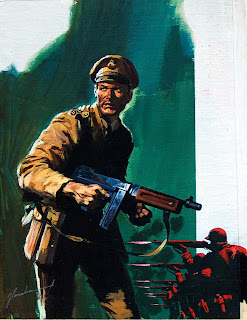 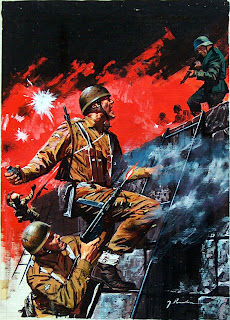 He ultimately went Stateside to work for Warren in the mid seventies on publications such as Creepy, Eerie and The Rook.

Here the as further testimony to Penalva's bravura artistry are some more of his War Picture Library covers.
Posted by Peter Richardson at 10:21