Hell! I'm skimping ever so slightly blogwise and am just going to go with the easy option of running some more stupendous War and Battle Picture Library artwork from the 1960's. This time the artist in question is Alessandro Biffignandi, who we've looked at before but is definitely worth a revisit. 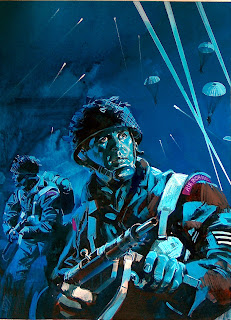 His earlier work seemed close in style to that of Giorgio D' Gaspari. who was the premier cover artist for the first couple of years of War Picture Library but by 1961 Biffignandi's artwork was becoming more ubiquitous as the output of these amazing little comics increased to satisfy demand. 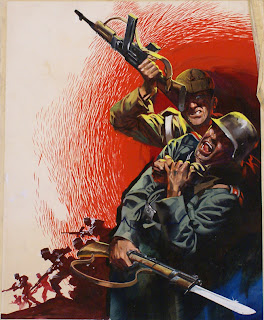 These comics were familiar to many U.S. comic artists, in fact John Severin even illustrated one ("Crack Up" Battle Picture Library No. 9) and when Wood Studio associate the U.K. artist Tony Coleman was trying to save up for his return passage he brought several of them to the studio which provided Wood and Adkins with riich pickings for some of their Blazing Combat artwork. 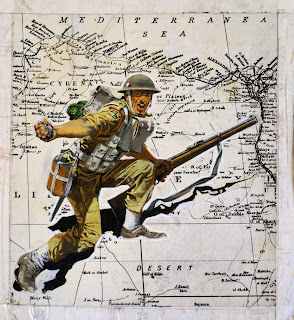 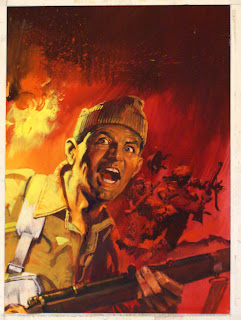 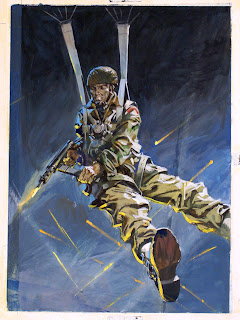 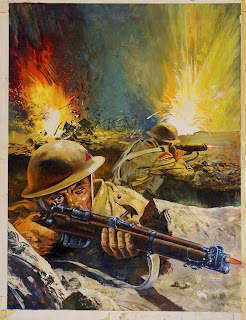 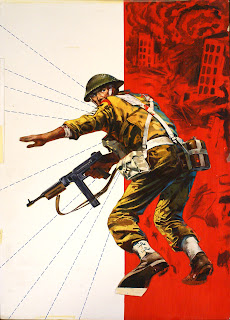 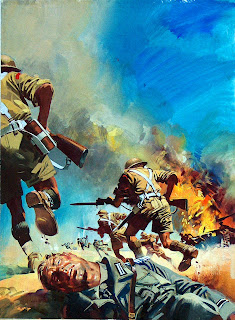 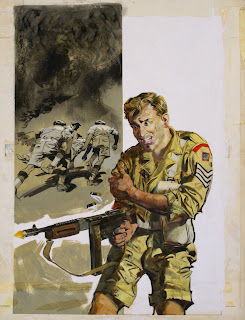 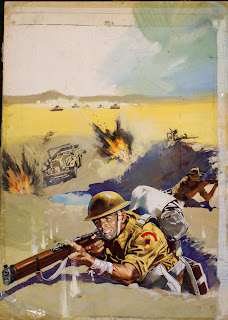 Here then are some more of those fabulous covers from yesteryear!
Posted by Peter Richardson at 16:56