Russ Jones, Woody and the Genesis of Creepy Part 4 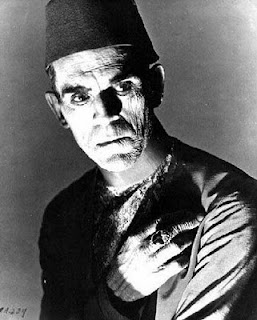 Throughout all this time Jones courtship of Warren vis a vis reviving EC style horror comics but in a black and white magazine format, continued. Jones' pitch was simple, if you put the comics into a black and white magazine they would go to the top of the magazine spinners, they would not be subject to the ire of anxious mothers, they would not fall afoul of the dread Comics Code Authority. In fact they wouldn't even need to submit the thing to comicdom's equivalent of the Spanish Inquisition, as in the final analysis they were magazines - OK???

Warren hummed and hawed, he was definitely a man renowned for thinking outside the box, he loved comics, but he was a businessman and he really didn't fancy any percentage of the grief that had destroyed the EC comics line some ten years earlier. But Jones wasn't to be so easily dissuaded and in the end just to dip a toe in the water and on the basis that it would fit easily into his best selling "Famous Monsters of Filmland" magazine Warren signed off on the idea of Jones and Wood creating an adaption of Universal's 1931 horror classic, "The Mummy". Jones wanted a minimum of eight pages, Warren gave him six but between them Woody and Jones pulled off a really nice looking job with Jones doing much of the layouts and Woody pitching in on inking particularly key panels with some excellent likenesses of Karloff and Edward Van Sloan. The job was delivered and sat on Warren's shelf for months until it eventually appeared in the debut issue of "Famous Monsters" kid brother magazine, "Monster World". The splash page samples shown here include the post Warren/ Jones bust-up printing with Stalin'esque airbrushing out of any mention of Jones.

But that was before "The Horror of Party Beach", by which time Woody wanted nothing more to do with Warren and besides other projects were beginning to occupy much of his time, not least of which was a line of comics for a couple of guys at an outfit named Tower, by name of Harry Shorten and Samm Schwartz (yes the same Samm Schwartz that Jim Steranko was destined to have a minor contretemps with some few months later). 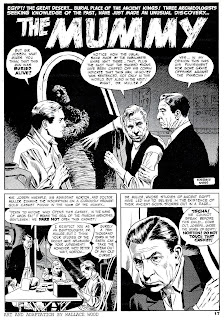 So Woody was now out of the picture, at least in the short term, but the wooing of Warren continued with Jones in conjunction with Woody's old colleague Joe Orlando, creating three more comic strip adaptions, "The Mummy's Hand", "The Curse of Frankenstein" and "Horror of Dracula", which were scattered around "Famous Monsters" and "Monster World", whenever space permitted. 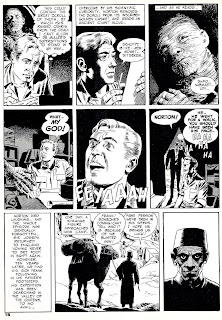 But before Jones could undertake any more comic strip projects, Warren called with a more pressing project, as he had in mind another horror flick that needed adapting into a fumetti style comic. Warren's rationale was simple, what they were creating was the ability for movie lovers (in those dim and distant per VCR pre DVD days) to be able to see whole films in still frame format, plus blowing up frames from a 35 mm print and using those as source was a helluva lot cheaper than paying someone to draw the thing. 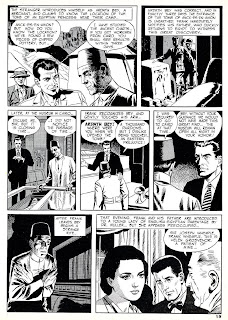 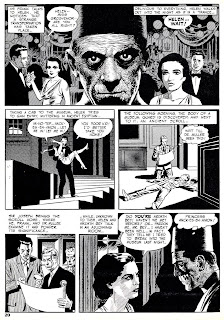 Unfortunately the film in question was if anything even worse and certainly a lot duller than "Horror of Party Beach", but Jones ever the pragmatist agreed the job for the same miserable fee and mindful of the fact that he now needed to source another artist to share the misery called Maurice Whitman over to Jones' spacious apartment cum studio over at the Clifton, a building favored by artists working in the comics industry (including Rip Kirby artist John Prentice) and ideal for an inveterate networker like Jones. The ever affable Whitman, a veteran of the comics industry and a consummate layout artist was up for the job and between the two of them they managed to knock out "The Mole People". Not that the whole project was in any way less prone to glitches than it's predecessor. To get the best possible source for the freeze frames, Warren sent Jones over to the Pathe labs to pick up a fine grain 35mm print of the film. The Pathe Labs were located way uptown in Harlem and on a day when the heat had reached 98 degrees Jones had to schlepp his way over to what amounted to a gigantic warehouse with  more security than Fort Knox. When the cans were handed to him Jones returned via cab to The Clifton only to discover that he'd been accidentally entrusted with the negative of this godawful film. More phone calls and anxious people from Pathe hurriedly cabbing over the print in exchange for the negatives, "Nobody's er ... touched them have they Mr Jones?" and a final all night sitting for Jones to literally hack out a cover and the job was done.

But with "The Mole People" and the last of Warren's "fumetti" style movie comics; "Curse of Frankenstein/ Horror of Dracula" occupying the upper tiers of summer '64's spinner racks a new era was dawning. For on the penultimate page of the double header Hammer Dracula/  Frankenstein comic was an ad for the "Collector's Edition" of Warren's new baby "Creepy" 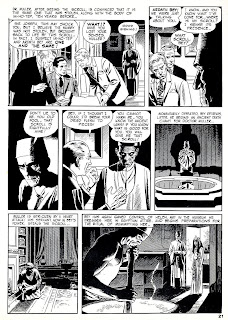 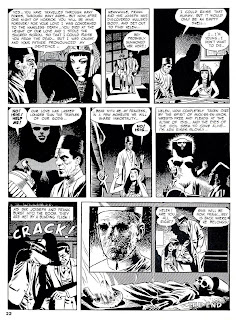 More of which will be revealed in tomorrow's instalment. 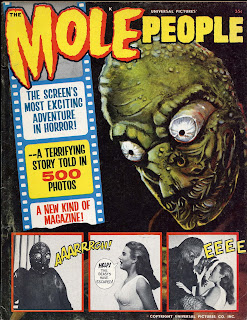 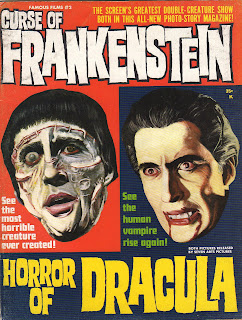 In the meantime there is a truly fascinating web piece by Russ Jones of these amazing days over at his very own website. One of several sources ye ed has used in his copious researches for this series of postings.
Posted by Peter Richardson at 10:27