The Genesis of Creepy Part 7 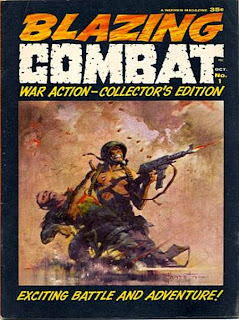 Creepy was launched and to celebrate the event Warren held the first of several gatherings at the Cattlemen Restaurant. For Warren it was the first chance to meet many of the contributors to the magazine and as ever he was on great good form as he played host to the assembled creatives. There were other projects  to be considered and as initial sales returns started to filter through from Kable News, Warren felt sufficiently emboldened to consider a war magazine much in the vein of EC's "Two Fisted Tales" and "Frontline Combat". 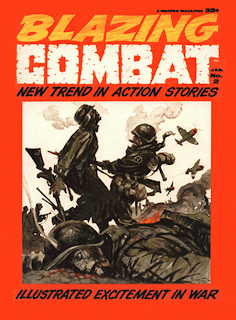 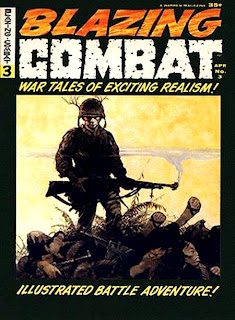 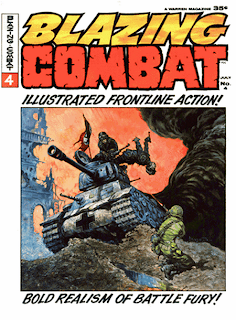 " but unlike "Creepy", Warren's war magazine was gravely mistimed. With the U.S. sucked into the morass of Vietnam, BC's anti war stance and at times overt critique of America's conduct of that war, created a news stand backlash and problems with their distributors. The covers by Frank Frazetta which in the case of issue 2, was particularly brutal didn't help things either. With the full details of sales returns often coming in three months after a magazine hit the stands, it meant that on a bi-monthly schedule and allowing for pick up to kick in after a second issue, it wasn't until issue 4 was print ready that Warren decided to pull the plug on the project. 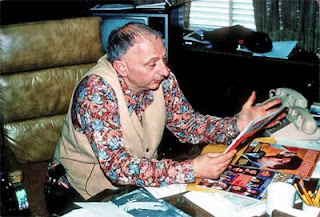 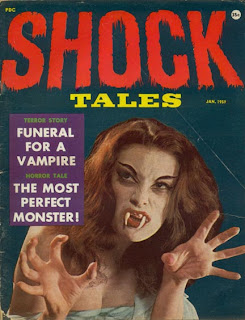 But there were other even more immediate problems, Warren had picked up on the grapevine that one of his arch rivals Myron Fass was about to launch a "knock off" version of "Creepy", with Fass's baby going under the title "Eerie". This Warren couldn't and wouldn't countenance, Fass was in may ways similar to Warren, only whereas Warren had drive and vision, Fass just had drive, in fact Fass was so driven he was like a squirrel on crack. Fass had also been greatly influenced by Bill Gaines and when "Mad" magazine was turning into a runaway success, Fass launched his own copycat version of "Mad" titled "Lunatickle". A few years later when it was becoming evident that Warren's "Famous Monsters of Filmland" magazine was doing great business Fass launched his own horror rag under the name of "Shock Tales"although "Schlock Tales" might have been more apt. Whereas the Ackerman edited "Famous Monsters" had some kind of cinematic reference points, Fas's product had none, the pictures being sourced not from film stills but from Fass's own scantily dressed secretaries being menaced by co-workers in horror make up with lurid text adding a final tasteless flourish. Fass's output was like a kitsch barometer of every bizarre and salacious fad that assailed the U.S. public, when Kennedy was assassinated Fass's prurient outpourings netted him a reputed 4 million dollars. For Warren hearing that this periodic thorn in his side was about to create a travesty of his newest and most promising magazine was not a situation he was prepared to accept without a fight. 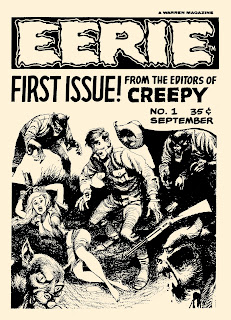 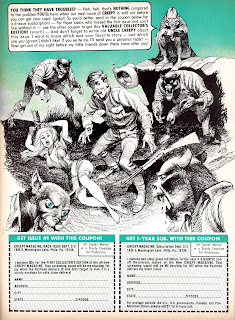 Warren with the help of Archie Goodwin and Gaspar Saladino  managed to knock out over a frantic weekend the first issue of what was destined to be "Creepy" magazine's companion "Eerie". Utilizing some of the inventory of unpublished Creepy stories and a cover taken from Jack Davis's unused cover for issue 2 of Creepy they literally threw together 20 "ashcan" edition of "Eerie

" number one - now a highly prized collector's edition. Russ Jones was deputed to get the 200 copies onto as many newstands as possible thereby stealing a march on Fass and claiming title and copyright for themselves.

But for Jones and Warren a parting of the ways was looming ...

Meanwhile all four issues of Blazing Combat have been superbly reprinted by Fantagraphics available here for UK readers.

And here for US readers.