Planet of the Knobheads

Today as promised we're very privileged to have a piece by David Orme the writer and originator of much that makes Cloud 109 such a fun project to work on. So without further ado I'll hand you guys over to David ... 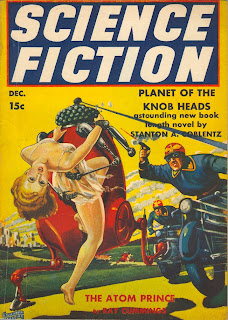 O.K., so here’s something about me, how I got started as a writer, early influences, especially science fiction. Early influence? I have to face it; I’m the SF adolescent nerd that never grew up. Our spare room is lined with ancient, rotting pulp mags that I still take down and fondle lovingly. I have to keep them in plastic bags to stop the smell of decaying paper spreading through the house – and yes, my wife has made threats.

So, who am I and what do I do? I’m a 61 year-old jobbing writer, who will write anything as long as there’s money in it, and have a bit of fun with it all along the way. I’m married to Helen, who is also a writer, specialising (as I do) in books for reluctant readers. She does the girls’ stuff and I do the boys’ stuff. We both do fiction and non-fiction, teacher’s books, and I have a little sideline in poetry.

The very early sixties were a great time for SF. There were still great British SF magazines such as New 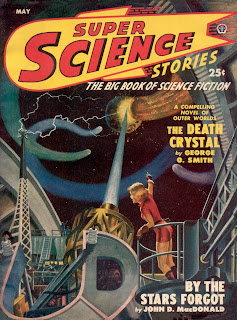 Worlds. Restrictions on imported US mags had been lifted, and you could buy Amazing Stories, Fantastic Stories, IF, Galaxy, all at half a crown a time. Some of the material was iffy, but a lot was good. It’s now forgotten that JG Ballard learnt his trade writing for mags such as New Worlds and Amazing; the iconic Drowned World started life as a novella in a magazine called Science Fiction Adventures. I have it on the shelf.

By 1963 the UK magazines had given up artwork because of the cost, but it still thrived in US magazines. There were wonderful marriages of old and new – JG Ballard illustrated by that greatest-of-all pulp illustrators, Virgil Finlay, for example. 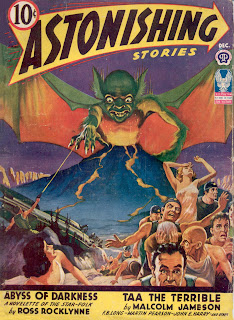 Of course, I needed more of this stuff. So on a Saturday I’d get on my bike and cycle around London finding branches of the Popular Book Centre. These were piled high with pre-war pulps, going back as far as the early days of Amazing Stories (1926) on sale for around five bob a time. Thus began, the first magazine collection, the one I flogged off when I went to college, leading to a lifetime of regret. Reassembling the collection has been a great deal more expensive. 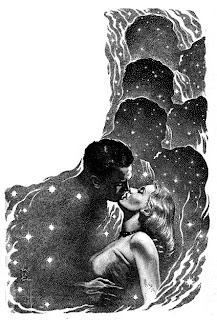 Then I discovered I wanted to write, and I produced the odd story for SF fanzines. I wasn’t very good at it at first, but then, who is to begin with? I also started writing poetry at this point, which is an excellent way to learn the craft of writing, whatever sort of writing you ultimately do. I became a teacher, and edged into writing by producing textbooks – including thrill-a-minute titles like 150 literacy hours for year four.

But would educational publishers be likely to publish the sorts of things I wanted? I had returned to writing SF for fun. My first published SF story as a professional writer was in a children’s newspaper and was called – wait for it – Barry Manilow from Outer Space. A mad scientist held the world to ransom by playing non-stop Barry Manilow from every TV, radio, loudspeaker etc. from a radio station in Earth orbit. The world lasted three days before capitulating. Well, you would, wouldn’t you?   Eventually I persuaded Nelson Thornes, a fairly staid publisher, to take on a reluctant reader series called Zone 13, with 18 titles, including such winners as Invasion of the Killer Robots. 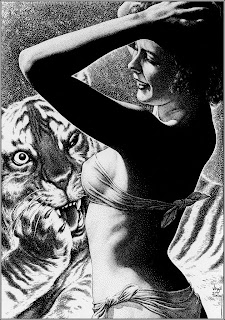 From then on I turned out more of the stuff, for the likes of Badger Publishing (Starship Football – how do you play football in space?) and Evans Brothers. Then I met Ransom publishing, and got together with Peter to produce Boffin Boy, and so began the great collaboration that has led to Cloud 109. My latest from Ransom is the Starchaser series, a sort of A-team in space. Planet of the Vampires – there’s a title that could have come from a 1930s edition of Thrilling Wonder Stories.

So maybe all that adolescent reading wasn’t waste of time after all. It has to be said that action-adventure space opera isn’t that fashionable these days – publishers want clever, psychological stuff, and it’s no longer acceptable to assume all aliens are baddies and shoot ‘em up, no questions asked. Even Slime monsters from Venus must have their caring side. But . . . as I mentioned, I write a lot for reluctant readers, and they are a discriminating bunch. They want action from the word go, cliffhangers at the end of every chapter, and no agonising on the rights and wrongs of it all to slow the story up. There isn’t time for that anyway – we are talking of fully plotted novels of 1200 words or so. 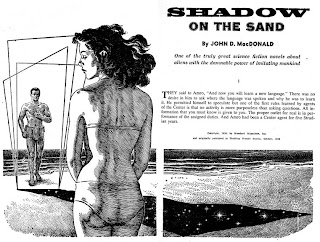 Cue the pulp writers of the thirties and forties. Sensation, action, ray guns blazing, a bikini-clad moll to rescue from a scaly, slobbering two-headed monster – just the stuff. (O.K., I have to tone down the bikini-clad moll bit – these are for kids, after all.)

Of course, Cloud 109 is sophisticated stuff, not for reluctant readers, but for the intelligent, discriminating types that read this blog. But read it carefully, and you might just spot the odd Venusian Slime monster lurking in the depths of Gina’s computer. 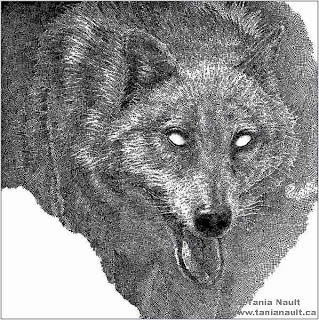 Posted by Peter Richardson at 08:53