As mentioned in a couple of earlier postings there was a period when the Warren line of magazines, well at least Creepy and Eerie looked distinctly dire. The problem was created by Warren's move from Philadelphia to New York combined with a downturn in sales of his magazines. As a result budgets were slashed and a lot of his creatives were obliged to either work for a fraction of their previous page rates or seek employment elsewhere. Hence the rapid loss of quality as reprints and so-so artwork and scripts filled out the pages of Creepy and Eerie. 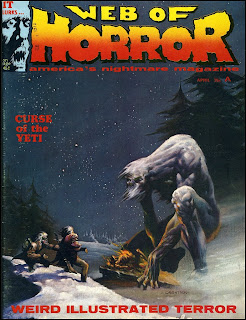 Terry Bisson who had already started to submit scripts to Warren with his friend Clark Diamond was hired by Long Island based publisher Robert Sproul to create a rival horror mag. Sproul already had a line of imitations going with Cracked (Mad) as an obvious example. Bisson's remit was simple with the aid of Diamond he just needed to hire enough people to fill out the pages of the new and as yet untitled magazine. 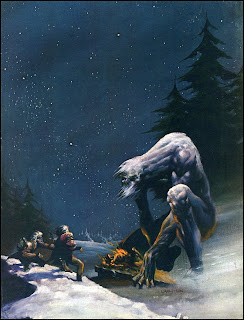 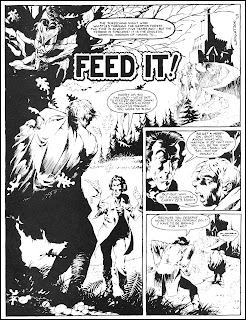 Jeff Jones, Mike Kaluta, Berni Wrightson, Bruce Jones all hung out together and shared a passion for gothic fantasy and E.C. comics, once Bisson had secured the services of one, he'd got the rest and it was around these talents and Ralph Reese and Wayne Howard both working as studio assistants to Wallace Wood and able to recreate the classic Woody E.C. style that Bisson launched his magazine, ultimately titled Web of Horror.

The debut issue with cover by Jeff Jones and artwork by many unfamiliar but nevertheless intriguing if not downright exciting talents so alarmed James Warren that he sent all his creatives a them or us ultimatum; i.e. you could either work for Warren or the imitators but not both.

Three issues were produced and a fourth issue was put 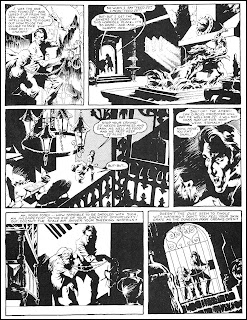 together under the editorship of Berni Wrightson and Bruce Jones. Bisson and Diamond who were doubtless cognizant of the change of fortunes with WOH's funding, had relinquished the editorial reins and skipped town to join a hippy commune somewhere in the deep southwest. 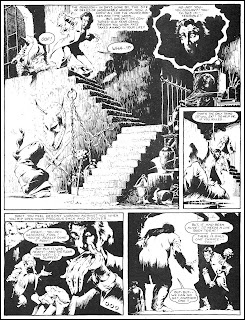 The fourth issue as we know never appeared but most of the stories that had disappeared along with most everything else from Sproul's Long Island offices were eventually retrieved by Frank Brunner, one of Web of Horror's latter contributors. 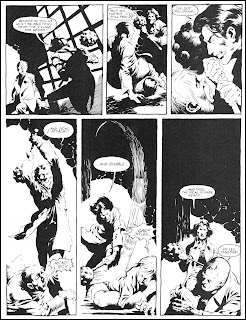 Here as a taster is a particularly fine Wrightson tale from 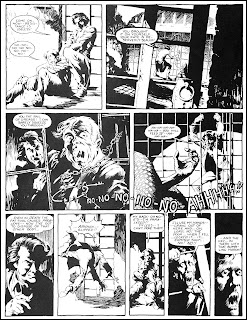 the third and final issue - with many thanks to Mr Door Tree and his excellent Golden Age Comic Book Stories blog for these scans. I do have these magazines somewhere but time as ever is not on my side. 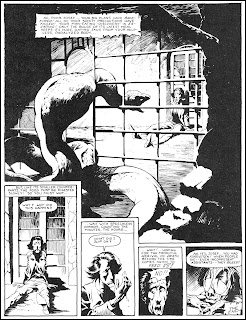