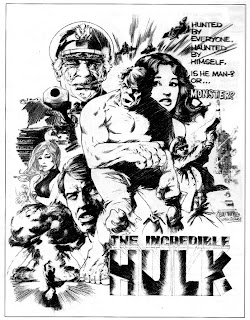 There is definitely a serendipitous nature to blogging - well at least in terms of this blog. My decision to reprise some of my favourite horror comics in the run up to Christmas, has been so well received by you guys 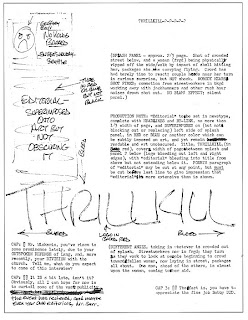 that it's got me digging up as much additional material as possible to shed some more light on the genesis of the Warren line of comics.

Yesterday's posting, which made brief mention of James Warren's early experiments with fumetti like use of photos in some of his monster magazines 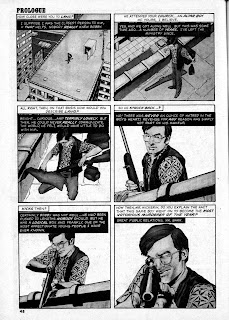 did remind me that one of the key players in those early years had posted a fascinating reminiscence about his days with Warren. Russ Jones was the first albeit short term, editor of Creepy and how that comic came together is described in some detail by Russ here. 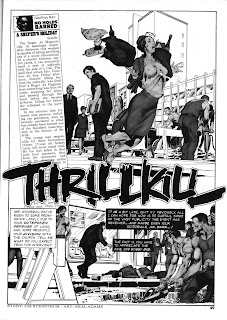 As you can surmise the term serendipitous can also be applied to the way in which Russ came to work for James Warren and certainly does apply to the way that first landmark issue of Creepy came about. There's a lot more on the evolution and history of the entire family of Warren magazines in David Roach and Jon B. Cooke's excellent and essential, "The Warren Companion". If you can't get hold of a reasonably priced copy (it's retailing at Amazon for £95.00) it's available as a Google Book on line - immediately - now! 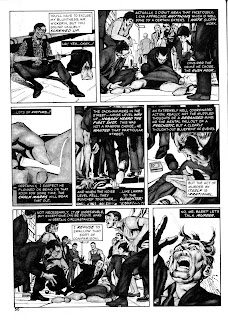 The story I'm going to run past you today which appeared in issue 75 of Creepy, was when it appeared jarringly atypical. If Creepy and Eerie were a reprise of E.C.'s Tales From The Crypt, Vault of Horror and Haunt of Fear, then the story in question "Thrill Kill" would have seemed to stem from the much more polemical and controversial fare that had so characterized Shock Suspenstories. Jim Senstrum the stor 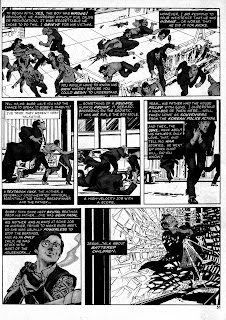 y's author had attempted to break into comics at the age of 19 by sending Stan Lee a twenty page Hulk story that he had put together in his basement whilst as he put it, "all my friends were out on dates and driving around in hot cars". Lee was evidently impressed enough to invite the young Senstrum to New York the following week but as luck would have it, came the day and Lee was unavailable and it was John Verpooten who met Senstrum. The meeting came to more of a pat on the back and keep up the good work. 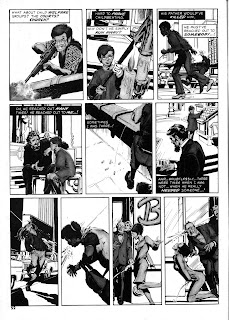 A break for army service followed and then it was back to pitching comic ideas with a vengeance, unable to secure the assistance of a reliable writer, Senstrum started creating his own scripts and it was John Cochran then working for Warren who bought the first of what was to be many scripts from Senstrum. Senstrum's agenda was still to make it as a full time comic penciller but along the way he discovered he had a real talent for writing - serendipity kicks in again! 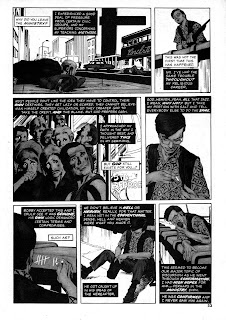 The title "Thrill Kill" was also to an extent the product of serendipity having first entered Senstrum's consciousness several years earlier as a great title devoid of any plot when he encountered a private Thrillkill while still on basic training with The National Guard in Minnesota. The resultant story with it's real life "Texas Tower" references and documentary style exposition was unlike anything that appeared in comics before. Editor Bill DuBay considered the script so exceptional that he scrawled "For Neal Adams Only" across the draft. 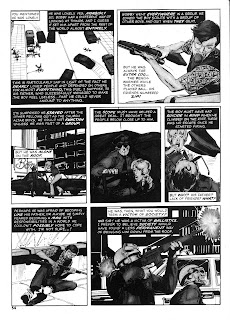 Here then is that story as it appeared nearly thirty five years ago and still just as powerful and all too resonant. 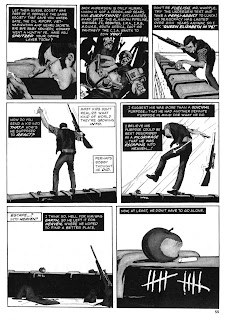