More of the Lost Treasure 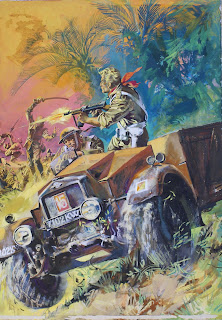 I'm currently hard at work with the day job, i.e. producing a comic strip for the N.H.S. and after that there's another for a U.S. client, so to provide you guys with reasons to keep visiting the blog during a relative "Cloud 109" news lull, I'm running with some of those all important formative influences of mine, without which I probably wouldn't be a functioning artist.

Carrying on from yesterday on the basis of this is as good a time to share these gems with you as any, here are some more of Giorgio De Gaspari's cover artworks for War, Air Ace and Thriller Picture Library, several of which have never appeared beyond their original appearances on the Fleetway libraries.

I'm also enclosing a couple of examples of his earlier work, it seems evident that he was 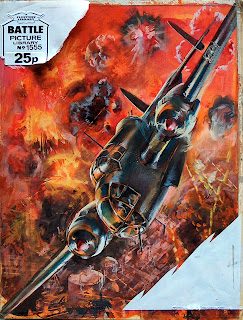 producing work for magazines as well as film posters in his native Italy. The paintings which are available as posters from AllPosters.Co.Uk. are interesting as they reveal weaknesses as well as the strengths of his later war orientated work. The principal weakness at least in my humble opinion is when you look at both the weather balloon painting and also the Loch Ness Monster artwork is whereas the elements are really nicely handled they just don't seem to sit very comfortably with each other. The figures in the weather balloon artwork are individually very pleasing, but they just don't seem to be all that credible, they're trying to look busy without really 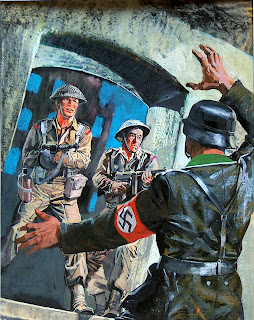 convincing you that they are and the brutally pollarded tree in the Loch Ness scene looks for all the world like a not very convincing stage prop that's just been dragged on and dumped unceremoniously into the frame. 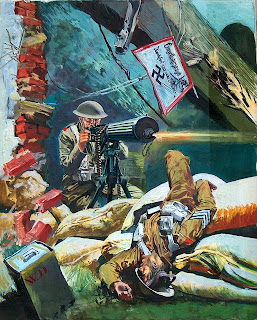 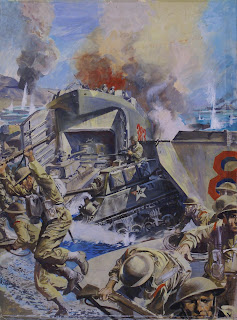 But compare and contrast with the sheer bravura paintings that De Gaspari was creating some few years later for Fleetway and you'll see a man at the peak of his creative powers and firing on all cylinders. 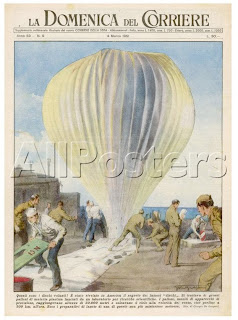 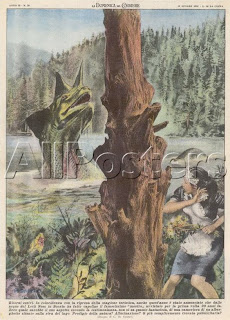