Well we're at the start of the next game in the cyber world of Cloud 109 which Gina, Cary and Rabby have to undertake if they want to gain any more of those all important credits and as an aide memoire I'll reprise the previous pages to aid 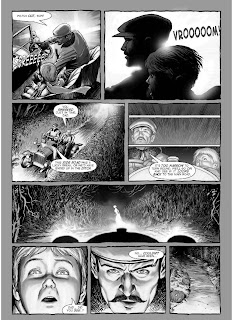 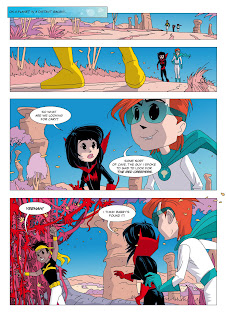 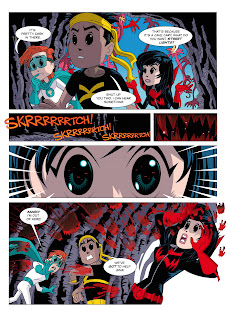 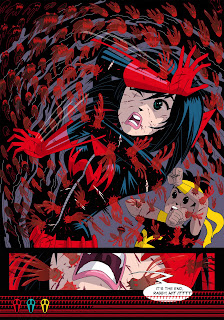 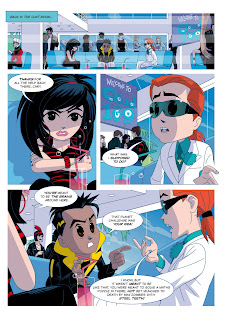 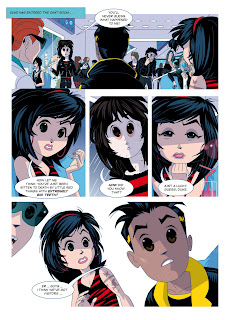 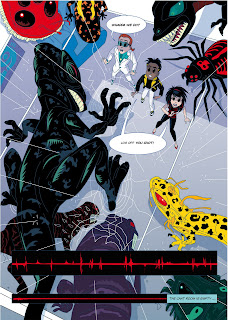 Because today is our weekly Cloud 109 update day I'm taking a break from the postings of Christmas Creep Comix and instead I'm going to run several items that have caught my eye recently which you might be interested in checking out. Firstly and very much in the vein of those wonderful Warren magazines of yore, Dave Morris has a really engaging spook out comic of his own over at The Mirabilis Blog. Scintillating script is by Dave and the beautifully atmospheric artwork is by Martin McKenna, who is an exquisite draughtsman (check out his version of Estelle from Mirabilis) whose work would have blended seamlessly into the pages of Creepy magazine when it was in it's golden age. 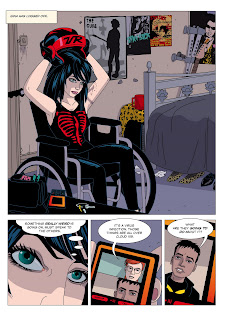 In addition I'd also like to mention an online phenomenon going under the name of Fractal Fiction, it's an ongoing comic involving several creatives who are posting pages on a regular basis. Total weirdness but strangely compelling with some delightful nuances and well worth a visit. 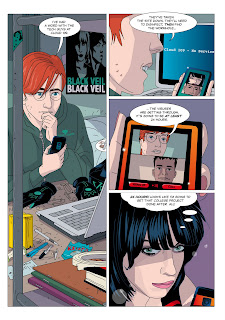 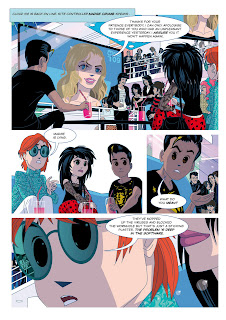 Tomorrow it's going to be back to creeping you out with the much anticipated Berni Wrightson shocker Jenifer a masterpiece in marker pen, created on a lightbox but more of that tomorrow, for today I hand you over to Gina, Cary and Rabby as they venture into the portals of "The Dungeon of Death". 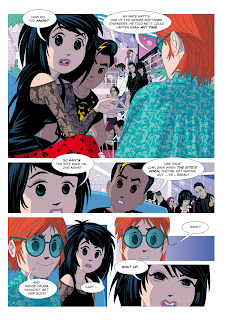 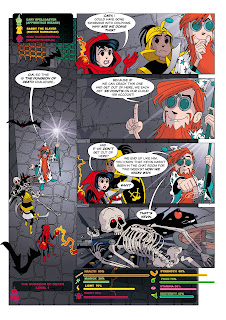 They're going to be there for quite some time ...
Posted by Peter Richardson at 08:49