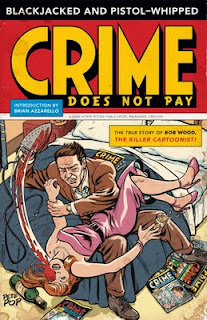 It was a couple of years ago when this blog was still in it's infancy that I made a posting about the truly bizarre story of Charles Biro and Bob Wood and their creation and editorship of the infamous comic Crime Does Not Pay. The fact that the story of the rise and fall of this comic book sensation had the most bizarre epilogue when Bob Wood, brutally murdered his then partner after an epic drinking spree at an otherwise genteel hotel in New York, added a further twist of salaciousness to the whole story. 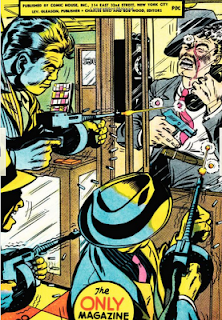 I am really thrilled that two years later there is finally a collection of these utterly appalling comics issued by Dark Horse. Wrapped in a truly superb pastiche cover by ace designer Peter Poplaski of the infamous moment in Room 91 at the Irving Hotel, Blackjacked and Pistol Whipped reprises a collection of the best (if best is the right term) of these stories which at times come across like Struwwelpeter for wiseguys. The book focuses on the early years of the series from 1942  to 1948 and wisely avoids the later more anodyne stories as the forces of reproach began to wag their fingers in the direction of Biro and Wood and their indulgent publisher Lev Gleason, who adhering to socialist principles, actually cut his creative team in for a piece of the action (as in profits).

The book is a compelling read, not least because the editors have created a book whose lively design and informative text add greatly to the impact of the book by brilliantly contextualizing the stories they reprise. There is an excellent introduction by Brian Azzarello and Denis Kitchen (who I am honored to say, does occasionally post comments on this blog) also adds a truly revelatory history of the comic and it's hustlers made good editors, Biro and Wood. The comics themselves are crisply and sympathetically restored, so colors and line work are sharp rather than straight scanned with dot screen and browning paper.

The stories themselves lack the nuances of EC's Feldstein and 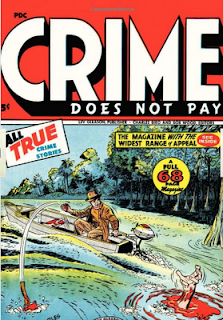 Craig scripts, and characters are wooden and two dimensional as was standard for mid nineteen forties comics. But where the series comes alive is with the introduction of Mr Crime, who although he predates EC's horror hosts, the Cryptkeeper, the Old Witch and the Vault Keeper, is every bit as powerful and charismatic as the ghoulish threesome. I remember that my first introduction to this character was in Les Daniel's COMIX, which reprinted Baby Face Nelson Vs The U.S.A. (unfortunately not included in this selection). That story had me hooked from the get go and it was Mr Crime that made the tale so compelling. 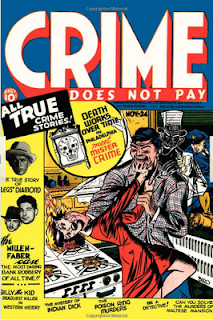 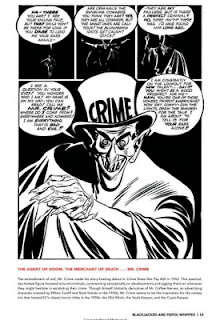 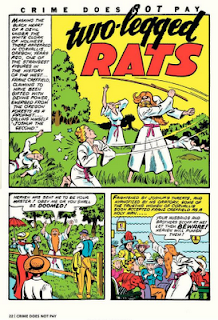 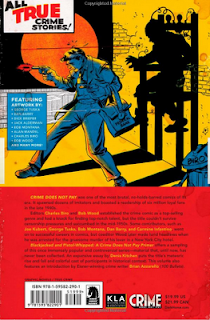 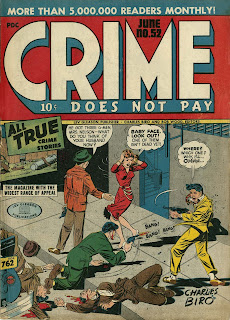 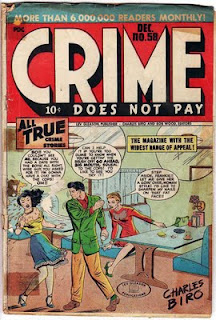 There are some fascinating examples of early Dick (Frankenstein) Briefer , as well as early Carmine Infantino, plus the relative oldsters such as Fred Guardineer (doyen of early Action and Detective covers). However it is the work of the young and talented rising stars such as George Tuska and Dan Barry that really hit the nerve.

My only slight regret is that more of Biro's covers were not included, there are a few but not enough bearing in mind that Biro's covers were the shop front for this comic and although some of them were undoubtedly crude and poorly composed, others such as the death of Baby Face Nelson are superb in their design and (if this isn't too tasteless in this context) execution.

Execution being the ultimate fate of many of the protagonists of Blackjacked and Pistol Whipped.
Posted by Peter Richardson at 23:55