Vintage Dan Dare and a New Site to Check Out! 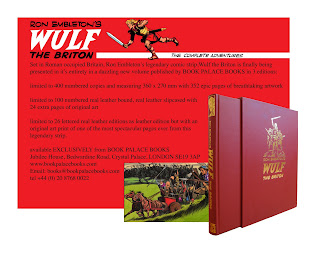 As many of you will be aware there is something of a magnum opus due for publication shortly. That something being a book entirely devoted to one of the greatest comic strips that the majority of comic fans have never seen. 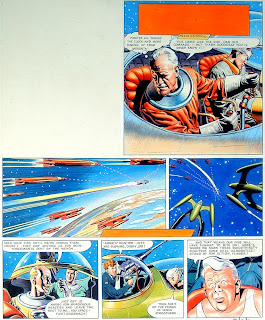 Ron Embleton's Complete Wulf The Briton, which is currently being printed and bound in China is destined to arrive on these shores early next year. It was due for publication by Christmas but events have conspired against our original schedule, partly due to the work involved for the printers in preparing a trial copy of the leather and slipcased edition, partly by yours truly checking over the nearly 400 pages of proofs and going back into some of the files to do some last minute reconstructive surgery and partly due to the foul weather that delayed the return of the materials involved to the printers.

However a lot of the blame for the delay created must fall on my head. But working on the basis of once you've got this book the amount of time you will have to enjoy it will far exceed the delay now incurred, I wanted to ensure that every page was as perfect as I could get it. The results of the careful scanning are astonishingly good but there were a few instances of degradation from the source material that I wasn't prepared to countenance and working from the proofs gave me a fantastic opportunity to rectify those deficiencies.

The book is slated to appear in late January/ early February along with Part 2 of The Complete Fleetway Index and Don Lawrence's Wells Fargo. 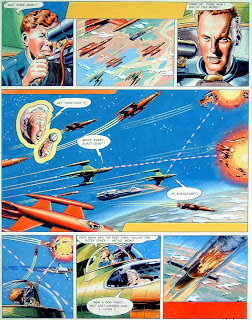 One of the people who I owe a tremendous debt of gratitude to is Andrew Skilleter who has just launched a new blog along with reworking his website which is definitely worth a visit as you can see all the fantastic artwork that Andrew has created for series such as Doctor Who and C.S. Lewis's Narnia books.
Andrew was a near neighbor of Ron Embleton and has provided an invaluable insight into Ron's working methods as well as a lot of background information on the artist all of which has helped to flesh out the story behind the creation of Wulf the Briton. If you check Andrew's blog you can read some anecdotes of his friendship with Ron. 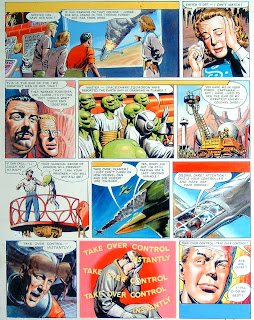 In addition Andrew has been a long time fan of Frank Hampson, another great UK comic strip artist and creator of Dan Dare. Here are a selection of some truly incredible pages representing Hampson's creative peak on the Dare stories. The majority of them are offered for sale by Andrew and unlike a lot of Dare artwork these pages have been carefully stored away from daylight, thereby preserving the color and luminosity of the boards as they were when they left Hampson's studio. 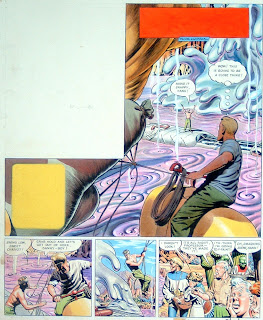 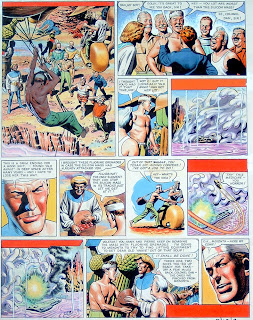 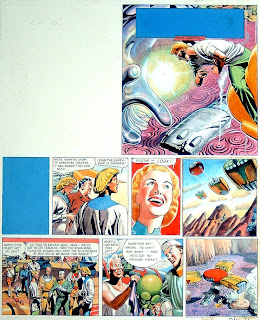 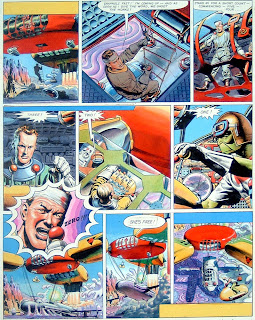 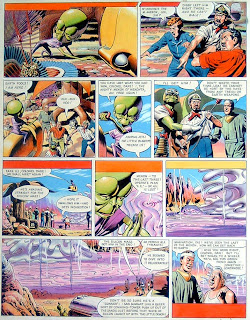 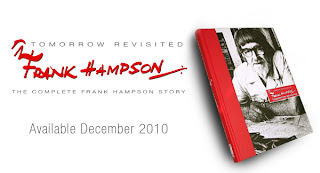 There is also a fascinating book on the story behind the creation of Dan Dare entitled Tomorrow Revisited and this book does make for a truly fascinating and at times uncomfortable read. Written by Alastair Crompton and published by PS Publishing it is an absolute essential for any serious devotee of UK comics.
Posted by Peter Richardson at 20:00