Steve Ditko's Mr A - A Lecture in Objectivism 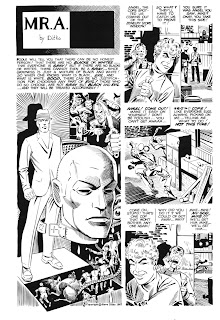 I well recall the slight frisson of surprise I had when I first read Steve Ditko's first Mr A story in Witzend Issue 3. Here was a comic strip that seemed jarringly at variance with the rest of the comics (including much if not all of Witzend) that seemed to typify the late sixties counterculture which was essentially politically liberal and anti establishment. 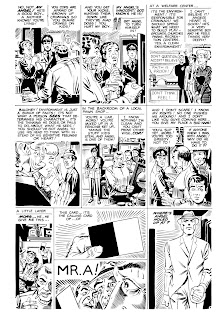 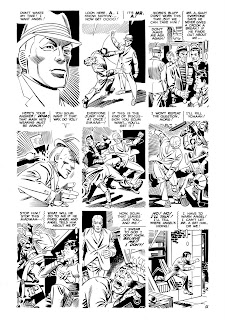 When Steve Ditko created Mr A, he'd already had a bruising experience with Marvel Comics, which led to him walking out on any further involvement with his most successful creation; Spiderman. He'd worked on a couple of features for DC - The Creeper and The Hawk and the Dove, neither of which had worked out for Ditko either. He was still working for very modest returns as Charlton on features such as The Blue Beetle and The Question (almost a watered down Mr A), but again these were destined to be relatively short lived. 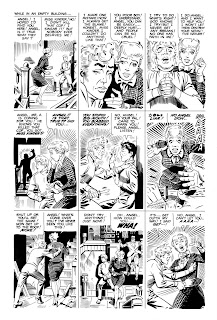 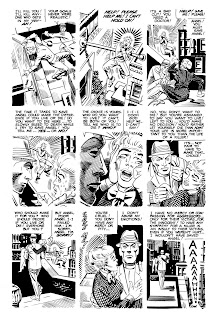 Mr A, which was to provide Alan Moore with the springboard for his Rorscharch character from Watchmen was very much a distillation of Ditko's absorption of the writings of Ayn Rand - a really excellent investigation of Rand's writings and Ditko's reaction to them can be found on the perenially fascinating Dial B For Blog.

In the meantime here's Mr A:
Posted by Peter Richardson at 12:25