Breaking into the U.S.A. 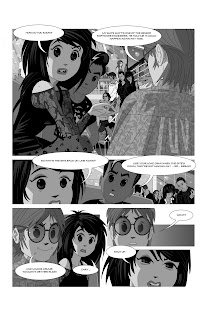 I was doing a count of the number of independent comic retailers in the U.K. and Northern Ireland and it tots up to about 120 ish which is not to be sneezed at in terms of at least providing a platform for your wares to be seen by the casual browser, but it is absolutely miniscule if you compare it to the number of independents operating in the U.S.A. and Canada, I haven't as yet divined what the total is but the listings start with A for Alabama and within Alabama you will find Albertville, Auburn, Birmingham, etc, etc, the lists go on ... and on.

So any kind of exposure in the U.S. has got to be regarded as a very important part of any comic creator's campaign and David and I were thrilled when we got the news last week that the good people at Grimalkin Press have offered us some much needed exposure in their quarterly comics anthology "Hive". The comics which are reproduced within, are by a variety of diverse talents, which for me is all part of the fun of these anthologies, I would also at this 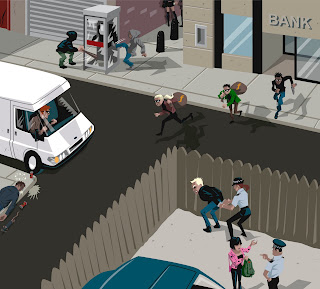 stage mention Danny Hellman's "Typhon" anthology which is again beautifully produced and worth checking out as is Danny's Blog which for student's of illustration is a must read.

So we're busily reformatting the pages we've selected for "Hive" and transforming them into glowing monochrome - they're looking OK I'm pleased to say, but work continues apace along with the paid stuff of which this is a fairly typical example. 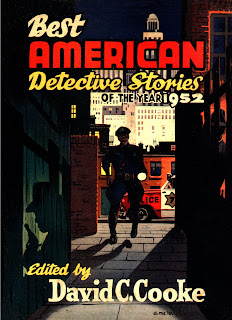 Any excuse to run some more of his fantastic work...
Posted by Peter Richardson at 08:46