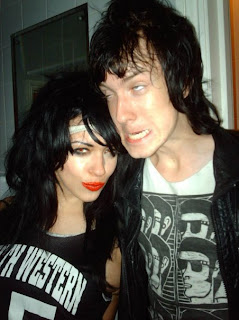 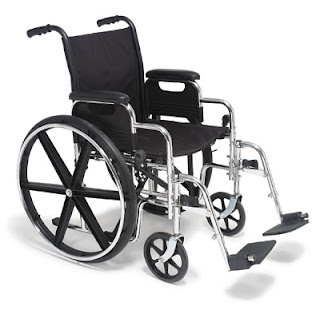 As any illustrator/ comic strip artist will tell you. there are a few props that you don't relish being tied down to drawing on a regular basis and just about top of that list are wheelchairs. There's just so much drawing of complicated bits of tubing, spokes etc, etc and then there's the perspective to think of and on top of that the person sitting in the friggin' thing has to look convincing, so when David Orme the author of Cloud 109 mentioned that he wanted one of the characters (Gina) to be wheelchair bound I will admit I did let out a groan of despair.

However this was even before he'd sent me the script and when reading the story I realised what a good move this was going to be, as in many ways Gina is the strongest of the three characters, Cary's definitely nerdy and a bit impetuous, Rabby's an all round very reliable, sporty type but perhaps not as sharp as the other two, but Gina's very clued up with a deliciously dry sense of humour and in another league in terms of maturity and a certain je n' c'est quoi to the other two.

I then thought long and hard about how this character should look, what I definitely didn't want was some "Little Dorrit" kind of tragic waif. I really needed someone uber cool and thinking further on the subject I realized that the answer to this, for me at least. crucial casting problem, was right under my nose in the captivating guise of my younger son's girlfriend Sheryl who has a bewitching Goth chique which was just what I was looking for.

I've apologised to Sheryl for consigning her to the wheelchair for copious portions of the book and I think (hope) she's forgiven me, but there's no doubt that she has provided the key to the style and look of much that occurs on Cloud 109.
Posted by Peter Richardson at 07:27