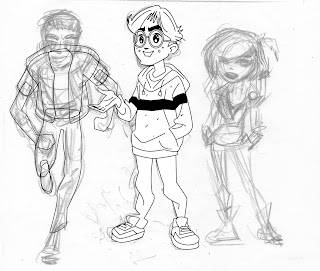 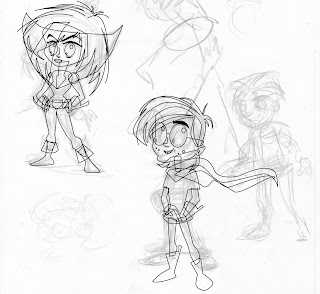 OK so how did all this start? I've been in the illustration business for a good few years and have worked in virtually every sector, advertising, animation, direct mail shots, editorial, educational publishing, packaging, point of sales, posters, publishing, web design - you name it, I've done it, shameless old tart that I am I've pretty nearly engaged in every conceivable type of illustration brief in an effort to achieve the impossible and keep a roof over our collective heads, feed the family and all without the aid of a proper 9-5 job.

However the one area of illustration which I have always really enjoyed and loved as an art form in it's own right is comics. I have had an ongoing love affair with these things which was only heightened by the growing awareness throughout my youth that grown ups, especially parents and educators regarded the whole phenomenon with disdain, if not outright hostility. After that realization I was really hooked and have been ever since. But unfortunately apart from a few years working for IPC on a comic adaptation of the Sega "Streets of Rage" game I have had precious little opportunity to realise my youthful dream of actually creating comics.

That was until I had the opportunity of teaming up with the writer David Orme on a series of books titled Boffin Boy and after reading David's scripts, I was to say the least seriously impressed, really off beat ideas and a great ear for authentic teen dialogue made the books a joy to work on. I made a promise to myself that at some point David and I would collaborate on a graphic novel.

Come early 2009 and the economic meltdown engendered by the biggest banking crisis since the Wall Street Crash presented me with the opportunity to devote myself to such a project. A few phone calls to David and within a matter of a week or two a synopsis and script arrived via email.

The story was really so engaging, a group of computer obsessed teens inhabiting a 'Second Life" type of world where their cool and glamorous avatars gain credits by playing online games was just irresistable, particularly as the script required stylings that would encompass the real Gina, Cary and Rabby as well as their cool cyber lounge avatars and a succesion of wacky incarnations for each of the games they needed to undertake.