Down in the Dungeons - The Legend of Grimrock Awaits 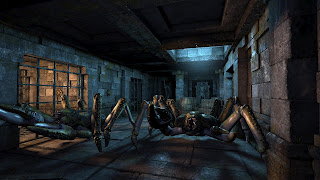 As I mentioned on my previous posting, some of the work currently occupying my energies is involved with a team of games developers and as a consequence my games antenna is in a much more alert mode than is usually the case. 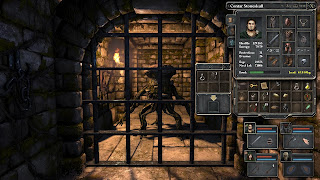 So imagine my delight when I stumbled over the work of a team of Finnish games developers, who like Dave Morris (author of the graphic epic Mirabilis and soon to be arriving on your iPad Frankenstein Interactive Book) and your blogmeister have happy memories of a ground breaking game which went under the title of Dungeon Master and changed the face of computer gaming when it first appeared in 1986.

The developers working under the title of Almost Human Games, first cooked up what was to become The Legend of Grimrock in April 2011 as a weekend's moment of catharsis, during a particularly hectic period for the four guys who were busily chasing deadlines working on other companies games. They thought about the first person RPG games such as Eye of the Beholder and the aforementioned Dungeon Master they had enjoyed so much as children and just for the fun of it knocked out this little trial piece. 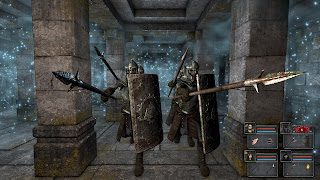 Three months later and with the pressure of commissioned work easing off a bit, they had a look at what they had wrought and thought a bit more seriously about actually making a game imbued with the spirit and atmosphere of Dungeon Master but with the benefits of all the developments and refinements the games industry has achieved in the intervening quarter century. 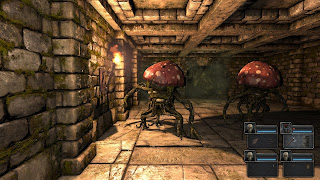 Like all small concerns, they had to work within a very tight budget, financing themselves meant setting parameters for the way the game would unfold and also for the amount of outside help they could pull in. The first constraint actually suited the format of the game perfectly, so this is no Skyrim affair where you can wander over an endless landscape, the landscape of Grimrock is the dungeons and the feeling of claustrophobia it engenders just adds to the sense of unease in a way that bigger games with bigger budgets fail to achieve. Also and as you will notice from the trailers, the game  as with it's predecessors, is grid based in terms of movement which is a constraint that adds greatly to the fun of devising strategies for defeating the grim cavalcade of fetid monsters that inhabit these dungeons. 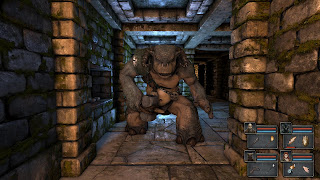 The parallels to Dungeon Master are also evident in some of the traps that await the incautious explorers with pressure plates, fireballs and rooms full of pressure sensitive trap doors. The runic magic system which is based on skills acquired on the perilous journey will also be  a nice reminder of times past, pointless Googling to find out how to cast a lightning bolt if your wizard skills are barely up to summoning a light spell. 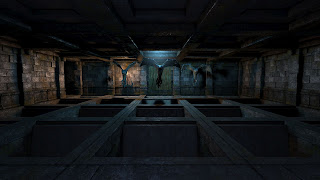 This is niche games for niche markets and the gamers that The Legend of Grimrock is unerringly directed at will be blown away by what they see when they start to explore the damp and foul smelling crannies of a game that pits four adventurers against some of the most diabolical beasties and fiendish brain teasers ever to be encountered in the dark recesses of a digital dungeon. Just imagine this thing on an iPad! 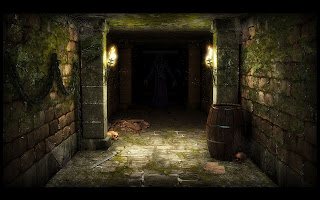 The work that has been carried out to achieve this level of games artistry is simply inspirational, a lot of the concept painting was done on the basis of what the team would want from a game like this, without constraining themselves to paring down their visions to allow for the endless hours transforming these 2d paintings into 3D actuality. Above is the very first concept painting whilst below is a glimpse of the Dungeon Ogre in the early stages of his animation. 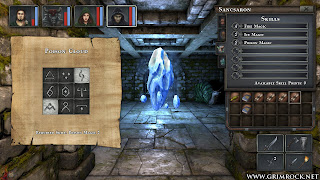 Which brings  me to the important release information, the game has been developed for PCs as it's first incarnation which will be released on the 11th of April - further details here. And then the plan is to release versions for Mac and iOS as soon as is feasible after that. 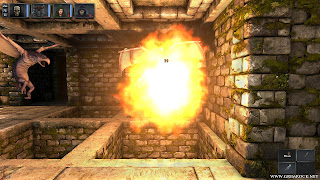 The rest is down to you dear reader, so help spread the word, visit their Facebook page, check out their YouTube channel, log on to their website and lastly but by no means leastly, buy a copy of this friggin' thing, which has a 20% pre-order  discount up until 11th April when the game is released! 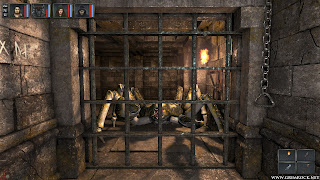 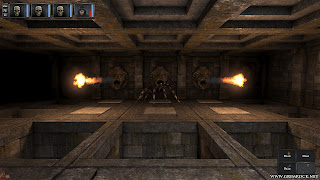 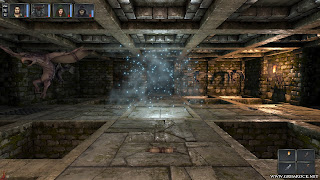 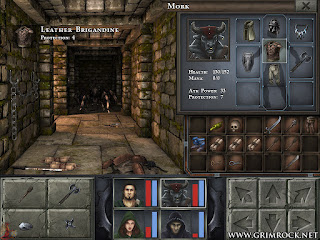