A Thousand and One Nights - Kay Nielson's Postumous Postscript 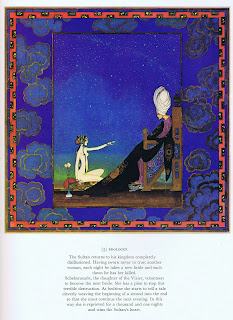 In 1976, a minor publishing event occurred when Pan books visionary editor David Larkin released a paperback edition of Kay Nielson's Illustrations for One Thousand and One Nights. For lovers and connoisseurs of the Golden Age of Picture Book Illustration it was a major event. For although some sixty years earlier, Nielson's exquisite illustrations for East of the Sun and West of the Moon had secured him a lasting claim to fame as one of the prime exponents of early twentieth century romantic illustration, his fame was as fleeting as other illustrators of this genre, such as Edmund Dulac. 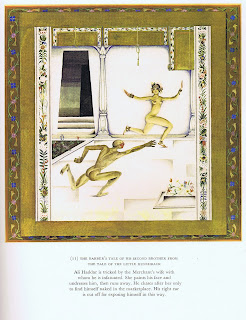 By the 1930's times were a' changing and with it the sort of work that an artist of Nielson's undoubted genius, but limited repertoire could command. He eventually accepted an offer from the Disney studio (readers of this blog will recall that Walt's European tour which preceded work on Snow White had seen him snaffle up lots of beautifully illustrated books with a specific intent to infuse his story, background and styling departments with artists that were automatically on message with the visions that Disney had surging through his head).

So Nielson with his wife Ulla following on, left his native Denmark and pledged his troth with the Mouse Factory. He proceeded to work his darndest creating some truly inspirational concept drawings for what would turn into The Night on Bare Mountain and Ave Maria sequences of Fantasia. He continued at the studio with a pile of conceptual work for an adaptation of his fellow Dane, Hans Christian Andersen's Little Mermaid. The project was to be eventually shelved until 1989, when work was commenced in earnest on the film that would signify the moment when the Disney studio having reached a point of near collapse following their disastrous attempt to make a feature length film from Lloyd Alexander's The Black Cauldron, re-emerged as the force it once had been in film making. 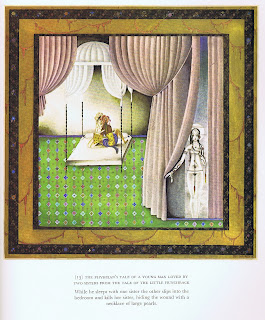 However, I digress, Kay Nielson's tenure at the studio was relatively brief and his remaining years were eked out seeking work which was becoming progressively more elusive. But such was the charm and warmth that he and Ulla exuded and such was the generosity of their near neighbors that somehow or other they struggled through in elegant penury until Kay passed away in 1957 at the age of 71 to be followed by his wife a year later.

Before she passed on Ulla gave their friends and neighbors Hildegard and Frederick Monhoff a box of paintings for a book that was never to be published. Despite approaching museums both in the USA and Denmark the Monhoff's could find no one remotely interested in sharing these artworks with the world. 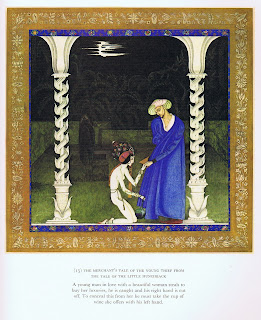 No one that is until the Monhoff's approached Elizabeth and Betty Ballantine who issued the illustrations in an identical format to their highly successful Frank Frazetta collections and as David Larkin had co-editioned the Frazetta books under the Pan imprint it seemed logical for him to co-host the Nielson paintings.

So here they are: 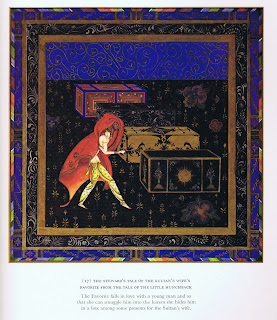 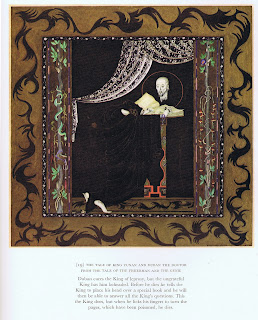 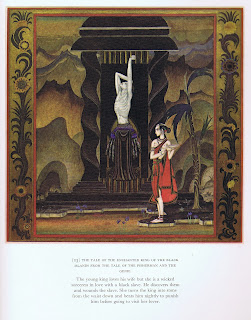 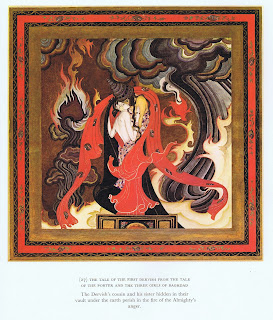 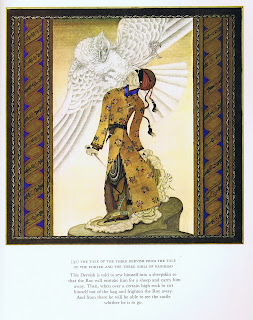 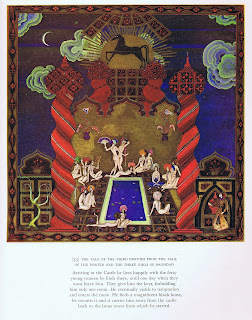 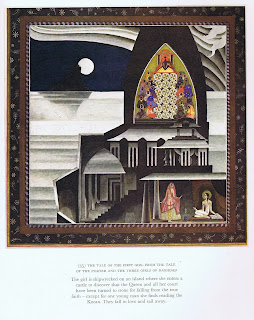 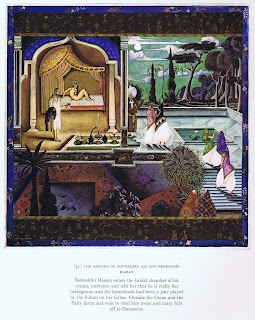 Posted by Peter Richardson at 23:14