Illlustration At It's Purest - More of the McLoughlin Magic!

I was going to make an ambitious posting this evening from the era of pre offset litho illustration, but I was inveigled out for a swift bevvy by my good friend Charles and have returned seven sheets to the wind. 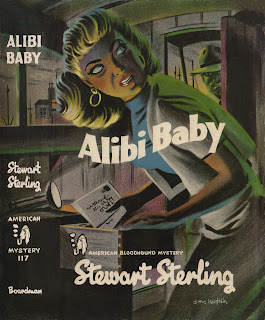 So instead and bearing in mind my delicate condition I want you instead to gaze on this wonderful cover by none other than Denis McLoughlin.

And then when you have regained your bearings how about this beauty?


When McLoughlin was creating these covers he was operating as a one man graphic studio for T.V. Boardman, one of the UK's top publishers. This was in the 1950's when McLoughlin was also responsible for producing Boardman's comic strips and annuals including the Buffalo Bill Annual. 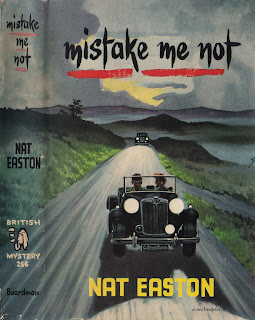 The artworks were usually delivered by McLoughlin himself taking the train from Bolton down to London, and after receiving sign off from Tom Boardman, would be delivered to the printer as a one piece ready to go image. This meant that all the lettering was also handled by McLoughlin.

This schedule was so intense that Denis was required to execute anything up to three images a day, just to keep on top of his schedules, which is why some of the images he created were simply confined to two colors. But whatever he created was always incredibly inventive and it was this ability to provide smart solutions to stories he would frequently have to skim read while reclining on his sofa as a blessed relief to working hunched over a drawing board that makes his work so timeless.

OK - so here are those covers.

It's image making like this that make you itch to read these books.

Like Dave Johnson, this is imagery that shifts stories into the hands of the uninitiated.

The Art of the Illustrator at it's purest...
Posted by Peter Richardson at 22:27