A Snippet (Literally) of Wrath of the Gods 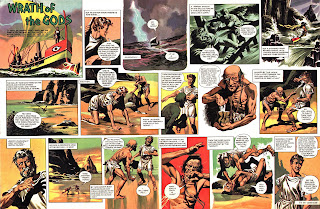 Due to a fortuitous piece of reformatting the forthcoming "Wulf the Briton" book is going to include more samples of Embleton artwork which is pertinent to the story behind the creation of this epic but still relatively unknown strip.

So here's a sample spread from "Wrath of the Gods" which was Ron's first major strip following on from his work on TV Express. This episode hints at the darkness to come, in fact I'd speculate that "Wrath of the Gods" was about the darkest strip Embleton ever worked on, which might have been instrumental in his decision to walk away from the series after completing the first 23 episode story. 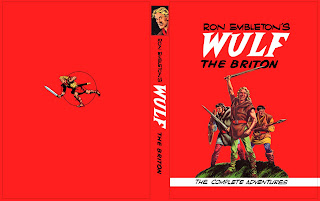 There is a hint of a possibility that  a book on "Wrath of the Gods" shot largely from the original art could be a goer.