The Only Ones - A Cautionary Tale for Record Executives

There was a time during the recording of the Libertines second album that Pete Doherty was causing such concern with his erratic behavior that some bright spark at the record label thought it might be a good idea if the young lad could be shown where all this wild living was going to end up. So the plan was to introduce Pete to another Pete, this Pete being the legendary Peter Perrett of The Only Ones. 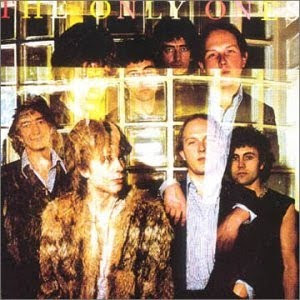 Now The Only Ones provided one of those brief but brilliant flashes in the history of rock music that confirmed they were artists first and foremost and careerists by a long second, they weren't nice young tousled haired chappies like Patch William, the Mumfords and Noah and his Ark or whatever they call themselves. But like the aforementioned they were very driven and convinced that they were the best there was, to the extent that even before they had a record label behind them, they recorded and self promoted via Perrett's manager and missus Zena, their own debut LP calling themselves England's Glory, as they with some justification, believed that they were the best.

But even with that kind of drive and determination it wasn't by any means a rapid rise to fame and it wasn't until 1978 with the release of their debut LP that the band now renamed as The Only Ones shot to a brief five minutes of fame with some of the most inspirational music ever committed to an album with the euphoric, "Another Girl, Another Planet" as a stand out rock classic. 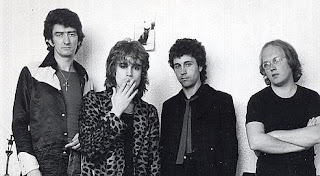 The key to the Only Ones undoing lies in the lyrics to "Another Girl, Another Planet", the song is not about Peter Perrett's love of a girl  it's really about Peter Perrett's love of the needle and that what is precisely what screwed up The Only Ones glittering career. The deteriorating fortunes of the band hit their nadir when on a tour of the U.S.A. Perrett attempted to run over a car park attendant that he'd just had an altercation with, the result was that Perrett had to flee the U.S.A. and was unable to return there without fear of arrest. He returned to a life of increasing drug dependency, at one point living a hermit like existance in the basement of his house with no gas or electricity.

For years and years the story of The Only Ones provided a kind of cautionary tale of what to avoid if you want to build a career as an A&R man. Here is a film made on the cusp of the 21st century of a visit by Perrett and his two sons to  a local radio station and despite all, the magic when he performs is still there in spades.

The irony of the story was that when Doherty met Perrett it was love at first sight and despite his truly pitiably frail condition old Mr Perrett had a new surge of energy and started doing a few gigs with Doherty that led to The Only Ones themselves reforming for a tour in 2007.

Sometimes the best laid plans of mice and record execs do go astray...
Posted by Peter Richardson at 17:24