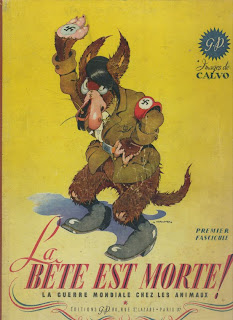 When the allies landed in Normandy in 1944 a book that had literally been assembled at risk of life and liberty began to circulate. Initially published in two volumes entitled "The Beast Is Unleashed" and "The Beast Is Devastated", the books acquired an iconic status throughout France. 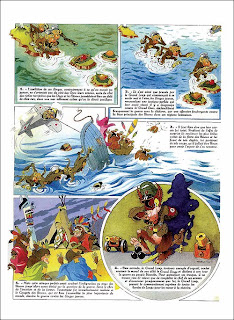 The books which were then collected together in one volume, depicted the second world war from a Francophone viewpoint with all the ravages of invasion and occupation laid bare. What added a real twist of weirdness to the whole project was the presentation of the events as a Disney'esque fable. The somewhat turgid text by Victor Dancette and Jacques Zimmerman was enlivened by illustrations by a truly inspired graphic artist by name of Emond Francois Calvo. 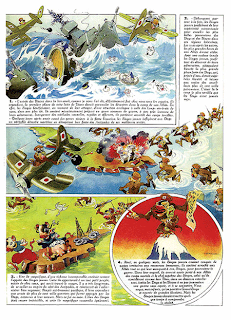 Calvo was by all accounts a giant of a man, with more than a hint of resemblance to Mickey Mouse's arch nemesis Bluto. It was he whose bizarre, inventive and often disturbing artwork ensured that what might otherwise have been a book whose readership was restricted to those that had endured the events so graphically depicted, continues to resonate to this day. 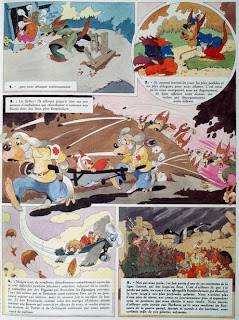 The anthropomorphism that Calvo creates, extends beyond the immediate caricatures of Hitler as a variant on Disney's Big Bad Wolf, Goering as a pig and Goebbles as a weasel. The Germans are of course wolves, the Brits are bulldogs, Russians are bears, the U.S. are bison and the Japanese are monkeys. The French are depicted as a multiplicity of species all living in a state of Disney'esque harmony until war clouds loom. 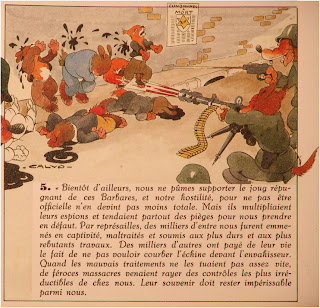 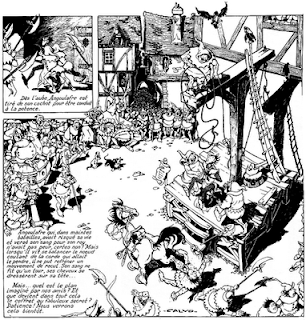 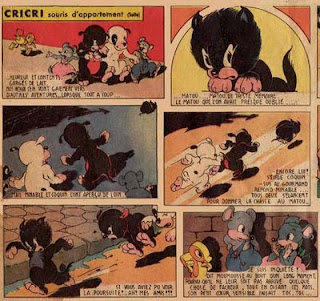 Calvo's work had a profound influence on among others, the young Albert Uderzo (Asterix) who during the war years, used to observe the great man working away at his drawing board. His work continued on a series of Disney styled characters in journals such as Tintin and many of his books including "La Bete Est Morte" are still in print today, although it is debatable as to whether or not any artist sailing this close to the Disney wind these days, would be able to avoid a cease and desist order from Mickey's legal team.
Posted by Peter Richardson at 09:10