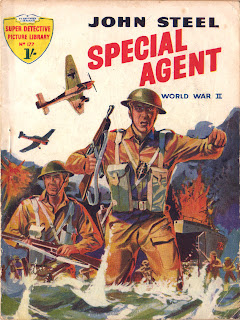 Ron Turner is rightly regarded as one of the leading illustrators of post war UK science fiction but by the early 1960's work his workload was beginning to ease up just a little bit. Not to the extent that he was going to have to put away his paints and brushes and get a proper job, but perhaps expanding his client base beyond science fiction covers for Scion and Rick Random strips would at least reduce his exposure to that most dread of illustrative phenomena the quite fortnight or even (horror of horrors) the quiet month.

So ever the pragmatist, Turner's work started appearing on the covers of Practical Mechanics and even the outlined and number keyed artworks that were sold as a means of assuaging people's frustrated creativity were soon to feature Turner's artistry. Yup! Astonishing as it may seem Ron Turner contributed designs for Craft Master's Painting by Numbers kits.

Some of them at least were science fiction subjects. 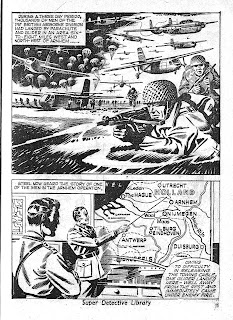 He also contributed a really different take on the classic war pocket library when he provided the interior artwork for issue 177 of Fleetway's Super Detective Library.

Cover by Nino Caroselli - the rest by Ron Turner. 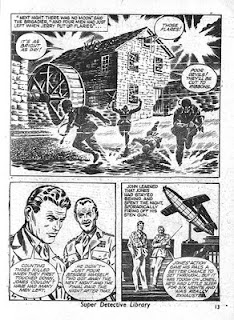 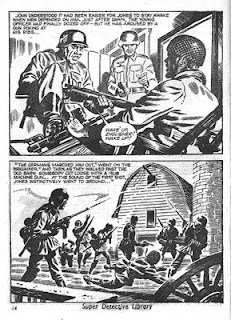 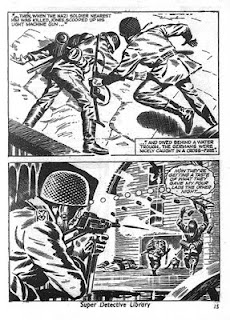 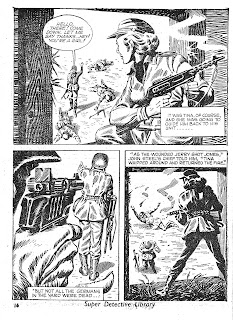 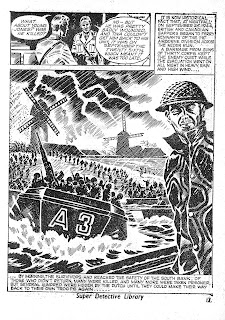 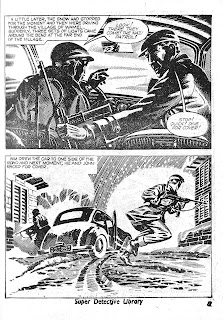 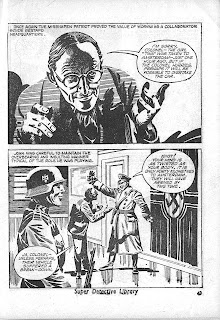 Posted by Peter Richardson at 23:31