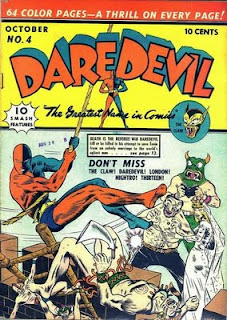 Norman Maurer epitomized all that is great about New Yorkers,  a lot of chutzpah with a dynamo of drive to back it up. Enough of both of these qualities to get him rubbing shoulders with Charles Biro and Bob Wood where he was instrumental in creating a comic book filler feature that became so popular that it eventually usurped the title's flagship superhero. The comic in question was Daredevil ( the 1940's version and very different to Marvel's Daredevil) yet another of Biro and Wood's comic packages for publisher Lev Gleason (there is a fascinating profile of Gleason to be accessed here) and Maurer's feature went under the memorable title of The Little Wise Guys. 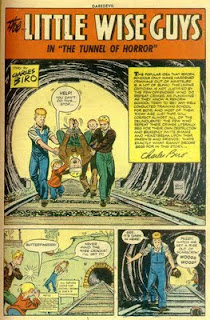 Maurer's association with Biro and Wood continued into the early fifties but with the contraction of the comic book industry as a result of the anti horror and crime comics putsch, he sought out new avenues and as has been previously documented on this blog with the technical expertise of his brother Leonard and artistry of Joe Kubert, he set about creating the first ever 3D comic. The riches that they envisaged never really happened as they had been outmanoeuvred by none other than EC publisher William Gaines who tracked down the holder of the "original" patent, bought it off the elderly gent concerned and then launched litigation in the direction of anyone seeking to produce 3D comics. Maurer and Co. were first in the firing line.

However Maurer had a few more irons in the fire, well at least one which seemed to offer some imminent promise. He had really good showbiz connections, insofar as he was married to the daughter of Moe Howard, one of the  Three Stooges and when their contract with Columbia pictures was terminated in 1957, he stepped in and became their manager and effectively revived their career, writing, producing and directing many of their later films and shows as well as introducing them to a new generation of TV viewers via Cambria Studios animated series.

But his energies went further as he was also instrumental in the development of CineMagic, a process of integrating hand drawn effects onto film which was first showcased in the film The Angry Red Planet in 1959. The somewhat underwhelming results can be glimpsed here: 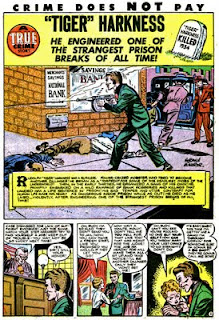 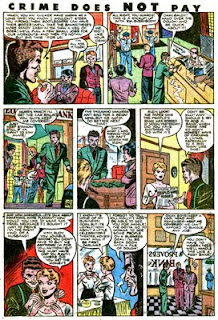 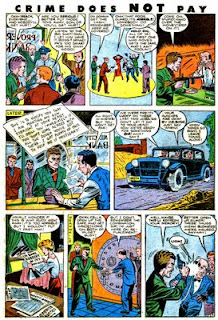 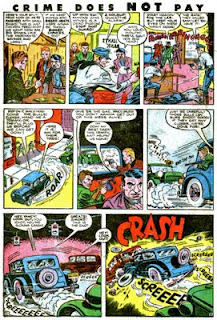 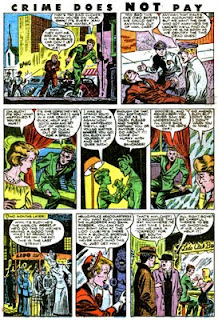 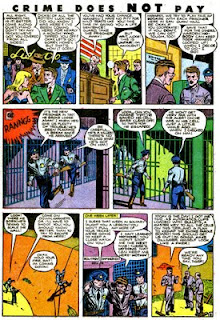 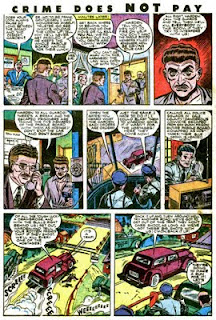 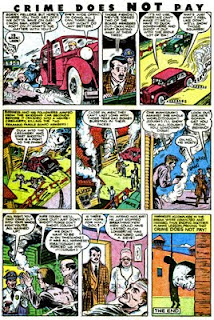 His work in film continued as he developed a rapport with the Hanna-Barbera Studio but he never entirely severed his connections with comics and even during the early 1970's while he was scripting episodes of Scooby Doo he was also contributing the occasional strip to his old friend Joe Kubert's Our Army at War comic.

Here is a sample of his work on one of those infamous Crime Does Not Pay stories from 1948.
Posted by Peter Richardson at 12:56