Looking at the amazing work of Chris McEwan yesterday, put me in mind of another artist and near contemporary of Chris McEwan, Pierre Clement. I think the parallels are obvious but as Clement is of course French and the French love 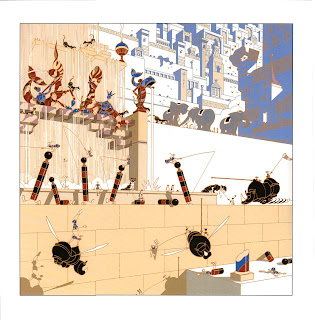 of the graphic arts is a long standing tradition which is well catered for in French publishing, his work although still relatively obscure is nevertheless somewhat easier to access. 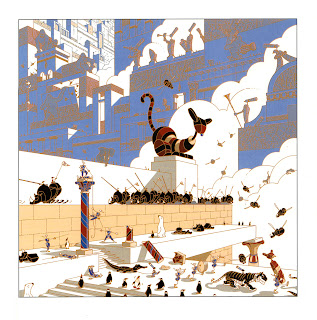 Clement who was born in 1948, grew up with a fascination for both animals and architecture , like McEwan he worked in advertising followed by a career in illustration. 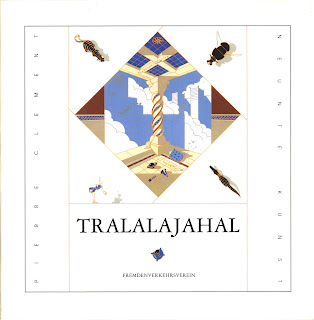 His style falls into the category of 'la ligne claire' which refers to the style of elegant linear cartooning as pioneered by Herge, other 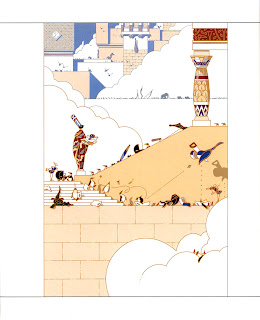 notable exponents including Ted Benoit, Joost Swarte and Ever Meulen.

Clement has devoted much of his career to creating a fantastic world called Tralalajahal, peopled with weird and exotic creatures including running rhinos, 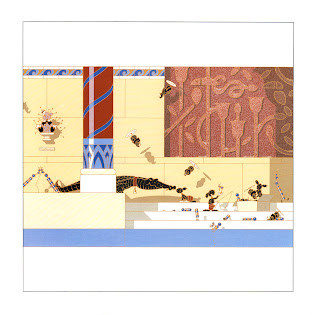 swordfighters, tigers and crocidillians. In addition to the work he does on Tralalajahal which appears in books, ceramics and silkscreen prints he also has a series of textless bande desinee books on the really bizarre world of mice under the title of 'Les Souris' published by Mephistopolous. 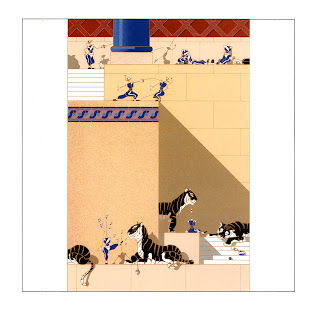 Imagine a U.K. publisher ever backing such a venture - imagine a U.K. audience ever buying the books - well I'm sure some of us would.

Posted by Peter Richardson at 08:15