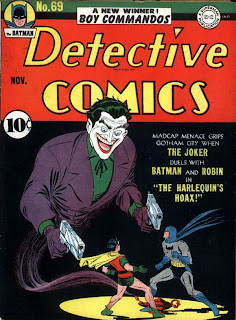 I've had a lot of visits to this blog over the last twenty four hours and while many of them have been as a result of the interest generated by the news of  the upcoming Book Palace Books Heros the Spartan project, there were also a lot following up on the death of Jerry Robinson, who in many ways was the last link to the pivotal moment when US comic books stopped being merely re-packagers of Sunday Newspaper comic sections and turned themselves into the realtors of teen geeks fantasies. 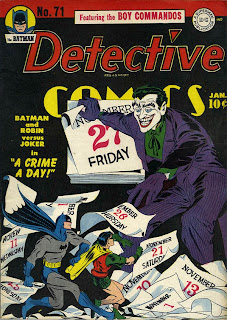 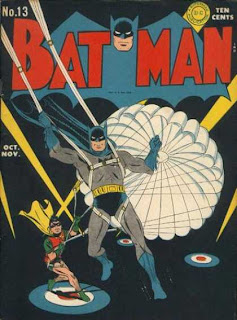 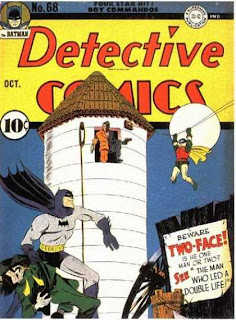 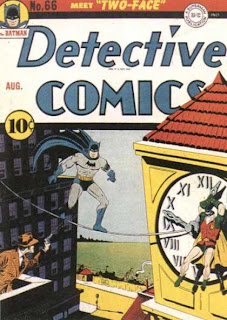 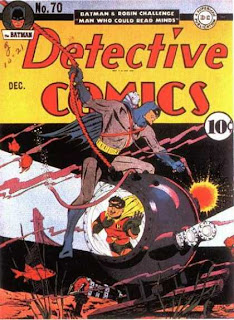 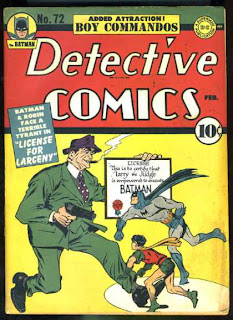 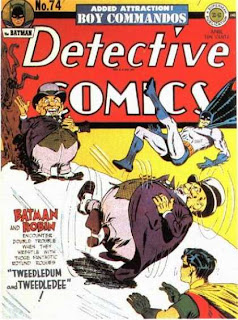 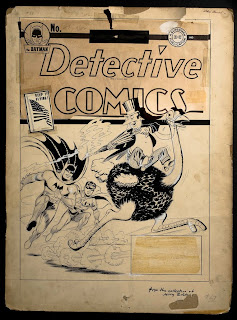 Jerry Robinson for this fan at least was at his best when he provided the panache and draftsmanship to elevate Bob Kane's Batman to one of the best looking comic books on the 1940's newstands. He it was who provided swipes and inspiration to other of Kane's more talented "ghosts", including Dick Sprang. Sprang may have redesigned Batman's waist line as a counterpoint to Robinson's more elegant delineation but he was not averse to copiously swiping a lot of Robinson's poses. I suppose one could make the point that Robinson's poses were heavily influenced by his studio buddy Mort Meskin, but however you cut it, it was Robinson who refined the look of the "golden age" Batman, created the Joker and came up with some of the most iconic covers of the 1940's. The rest of his career may well have been hugely worthy but for me these examples of his art show a young guy afire with enthusiasm and talent and are an achievement that will never be bettered.

Work on Illustrators, Denis McLoughlin and Heros continues apace, we have a lot to juggle with over the next few months and we will be running stuff past you guys from time to time to keep you posted with what we're doing.

In the meantime Commando's fiftieth birthday bash continues with the appearance of issue 1 in it's reprinted guise of Commando 4453. 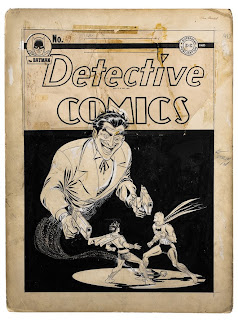 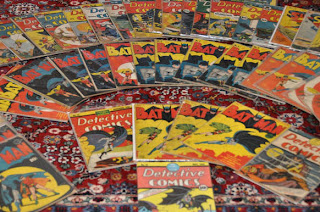 Here's the information from Calum Laird editor of Commando and the man behind the many innovations and ideas which have made this particular Commando anniversary so succesful: 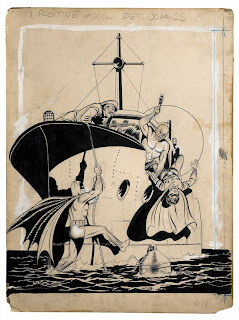 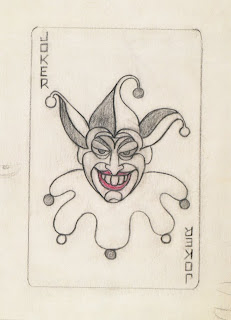 By a curious coincidence, and one I think he’d have enjoyed, the quartet includes  the second from last story created by Norman Adams who sadly died in August this year. Norman was well known to Commando fans for his creation of the Headline Heroes, The Phantom (with Keith Page) and a whole army of others.

Norman is sadly missed by everyone on the Commando Team, past and present, an I’m sure that goes for commando’s readers too.

You can find out more about Norman and his work here… 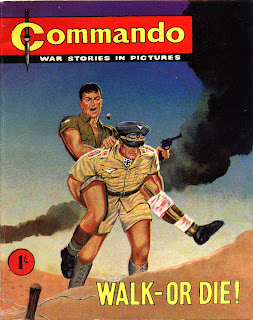 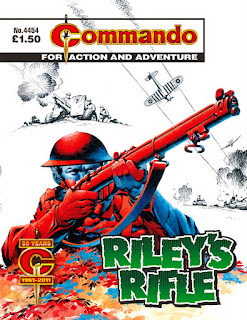 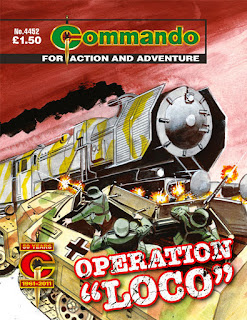 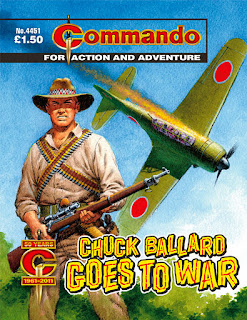 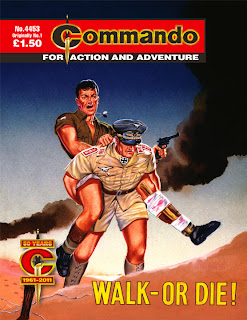 December, 7th, 1941 — America is left reeling from Japan’s sneak attack on Pearl Harbor. For the Japanese crew of a Nakajima B5N2 “Kate” torpedo bomber, however, the success is short-lived. After crash-landing on a supposedly deserted island, they are dismayed to find that it is in fact home to a village full of civilians.
Though the three Japanese airmen do not wish to take innocent lives, their fellow countrymen, responding to their mayday signal, are not so honourable. This may turn out to be their undoing, thanks to the presence of an ex-Marine who is an expert with a hunting rifle…

James Bailey was a railwayman like his father before him. In charge of the most powerful steam locomotives he could drive anything, anywhere, any time.
He was the obvious choice when a special job came in to his depot. Would it be a VIP run to London? Or maybe a vital troop train to the coast?
How about a Commando raid behind enemy lines?

THE CORPORAL AND THE COLONEL

CORPORAL TOM GERRARD of the Royal Tank Corps was just an ordinary bolke, easy-going and cheerful.

COLONEL KARL OBERTH of the SS Panzer Corps was a typical Nazi officer, brutal and merciless.

SOMEWHERE on the limitless, scorching inferno of the Western Desert, Fate decided their tank tracks should cross.

HERE THEN is the story of the epic fight put up by Corporal Gerrard and his tank, Matilda, against the might and power of the Panzers and their swaggering Colonel, who thought he could sweep the British off the face of the desert.

This is where it started, a little over 59 years ago — in the fiery dawn of a desert sunrise and the fertile minds of the team that put the first ever Commando together. We’ve often joked about how they anticipated the dawn of the iPad by making Commando pages just the right size to fit on its screen but reading page 14 I realised they’d anticipated the advent of social media too. Check out what Tom Gerrard has to say about the radio.
Joking apart, it’s not hard to see why Commando was a success from Day One. With a punchy story from the pen of Eric Castle, strong artwork inside the comic from Garcia and that intriguing cover from the brushes of Ken Barr those first issues fairly leapt from the shelves. The format was right from the very first and endures to this day.
Probably you weren’t born when this first came out so this is an ideal chance to find out what it was like to one of commando’s first readers. I don’t think you’ll be disappointed.

It was a rifle like countless others, standard issue to thousands upon thousands of men in the British Army in two World Wars — a Lee-Enfield No.1 Mark III. Millions of them were made. Some are still in use today.
But there was something special about this particular rifle — it was as if it had a life of its own, a will of its own. It seemed to want to do things by itself…and what it wanted most was vengeance!

No apologies for presenting another story from the fertile mind of Cyril Walker. He just couldn’t stop turning out classic tales to enthral and delight.
This 1975 story is really quite simple, the account of a Lee Enfield rifle with a will of its own and a gipsy curse woven into the fabric of the tale. It’s enthralling and a good example of Cyril at his best. Ian Kennedy did the arresting cover and Galindo drew the exciting black and white illustrations.