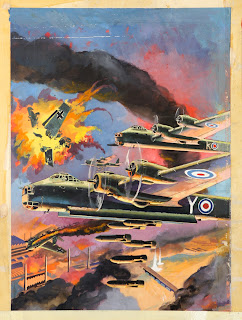 Here for your delectation are some of the earliest Air Ace Picture Library covers by among others Giorgio De Gaspari, Nino Caroselli and Alessandro Biffingandi. These covers first appeared from January 1960 onwards and were part of the astonishing renaissance of post war pocket libraries, which was due in no small measure to the vision and drive of Leonard Matthews and his launching of Thriller Comics Library and Cowboy Comics Library some ten years earlier. 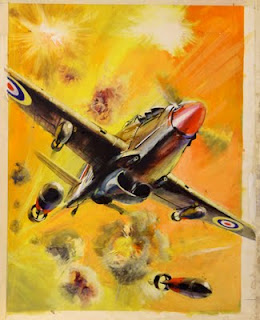 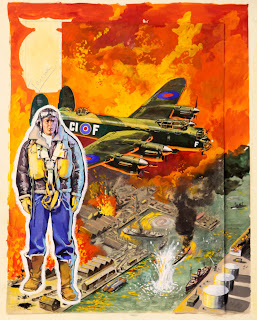 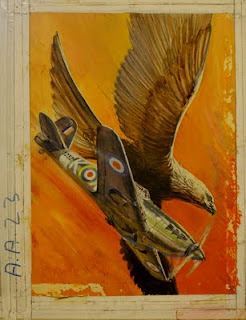 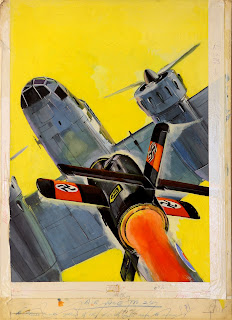 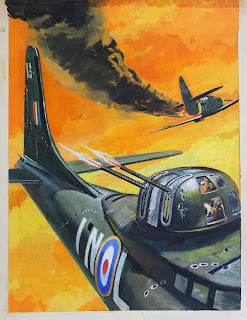 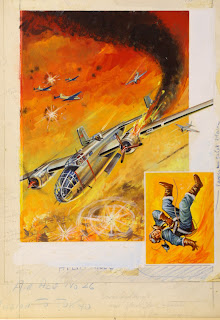 More details on these extraordinary comics and their stablemates can be read in Volumes 1 and 2 of The Fleetway Libraries Index edited by Steve Holland and available from Book Palace Books.
Posted by Peter Richardson at 20:21