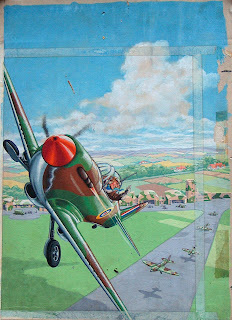 Just to round off the still extant original art that graced the first twenty covers of War Picture Library, I'm reprising the non De Gaspari's. Here we see Patrick Nicholle's cover for issue 2 with much more landscape than was evident in the published version. This was as far as I know the only cover that Nicholle created for War Picture Library although he did get to draw the contents of issue 88, "Clash of Steel" in his very distinctive clear line pen style. 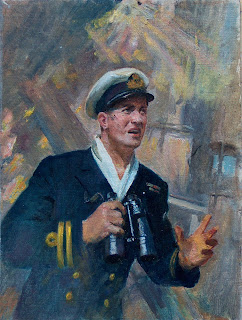 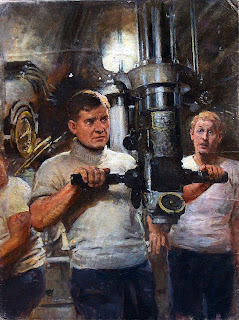 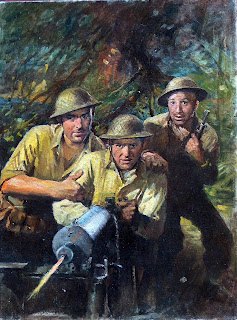 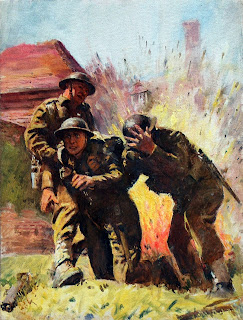 The remainder of the covers shown here are the work of Septimus Scott who by the this stage in his career was in his late seventies. Following a career as an illustrator with a broad range of clients, he had been coaxed out of retirement by  the visionary Amalgamated Press editor Leonard Matthews where for much of the 1950's  his work dominated Thriller Comics Library. Thriller Comics Library was Matthew's riposte to the U.S. series Classics Comics and provided Scott with a platform to display his superb abilities as a portrait painter with a fabulous feel for the sweep and panoply of historical subject matter.

There are two books showcasing this artwork :


The Art of War

Both highly recommended!
Posted by Peter Richardson at 22:58