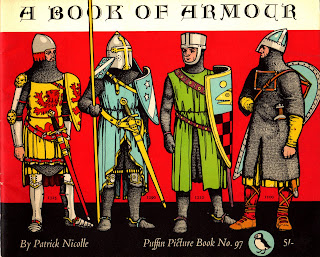 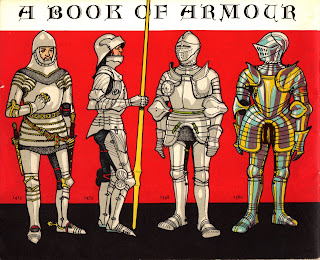 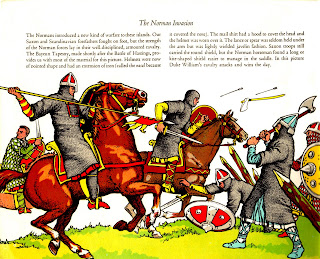 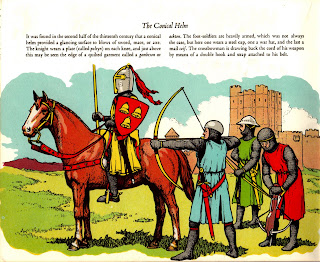 Sometimes the simplest ideas are the best, by the time that illustrator Patrick Nicolle commenced work on "A Book Of Armour", he had pursued a long and successful career supplying editor Leonard Matthews with superlative artwork on a variety of largely historical themes. In fact it was Nicholle's attention to detail and knowledge of armour that had first brought him to the attention of Matthews. Matthews who was a habitual browser of bookshops had encountered (in Woolworth's) a book of Robin Hood illustrated by an artist who he had been entirely unaware of. He was immediately impressed with the quality of the work therein and seeing that the work was credited to Patrick Nicolle he set about contacting the artist via a call to the publisher concerned. 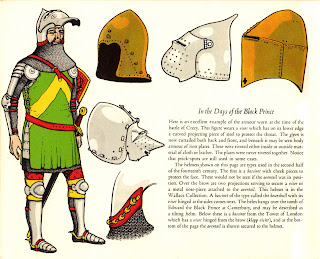 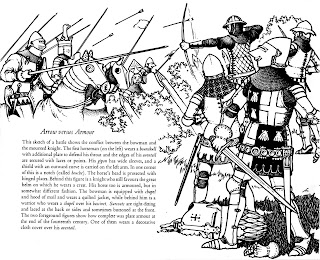 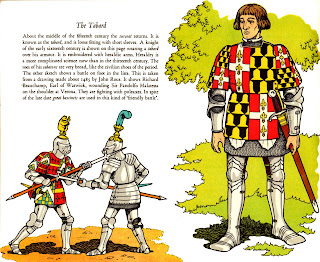 The work that Nicolle supplied to Matthews such as his illustrations for Look and Learn, was (as was standard practice) on a work for hire basis, he was supplying work and consigning copyright and reproduction rights to the publisher concerned, in this case Amalgamated Press (later Fleetway). He was well rewarded for his labours but mindful of the need to free himself from the eternal treadmill of having to constantly seek work to maintain his standard of living he set about producing a book of his own.

His passion for armour was such that he was a founder member of The Arms and Armour Society, it was a constant source of fascination for him and the idea that he came up with was breathtakingly simple; it was to produce a thirty two page book on the subject and the publisher with the format best suited to make Nicolle's idea work was Penguin whose lie of Puffin Picture Books were already an established success. 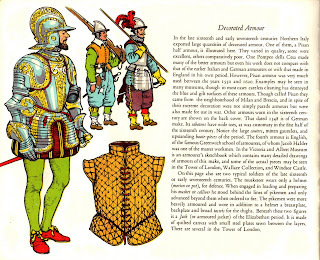 Nicolle's book was a true labour of love and the royalties that he received from the book (as owner of the copyright) enabled him to cheerfully proclaim that he'd been able to put both his sons through independent schools and was still providing revenue for the Nicolle household long after a lot of other titles in the Puffin Picture Book range had fallen out of print.

In fact the book had such a high profile that it was used as a source of reference by the model makers (rumoured to be Charles Stadden) at Britains/ Herald when in the summer of 1961 as Bobby Darin's "Dream Lover" was dominating the charts, they launched their range of Swoppet Knights. 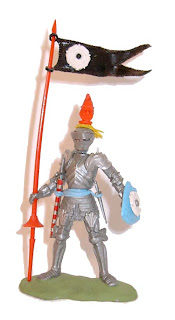 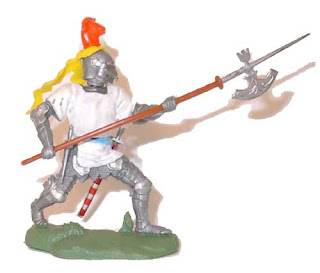 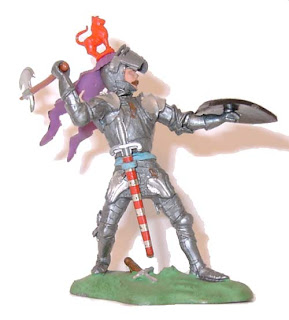 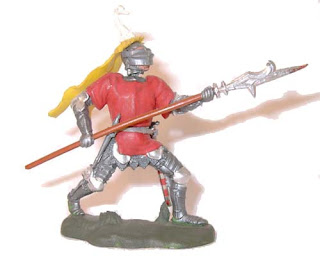 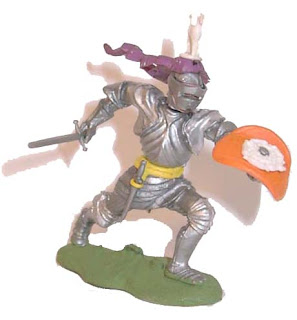 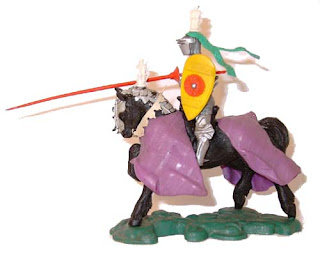 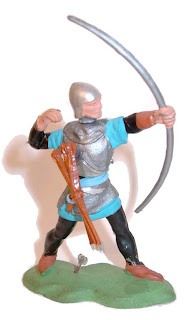 Swoppets which had first appeared in 1958 when a range of Cowboys soon to be followed by Indians; were exquisitely sculpted figures with interchangeable heads and torsos and accessories such as tiny pistols and knives that were removable from the miniature holsters and scabbards that held them. By the time the knights appeared some three years later a lot of the minor imperfections of the earlier models had been ironed out and the knights series is widely regarded as the best of them all. You can see Nicholle's influence particularly on the archer and also the knight with the halberd. There is more of this truly amazing  story to be uncovered over at the fascinating website; "Britain's Swoppet Knights History". 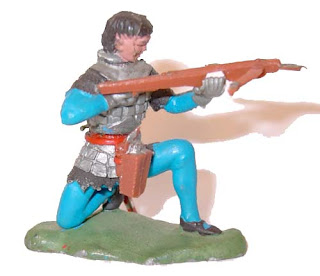 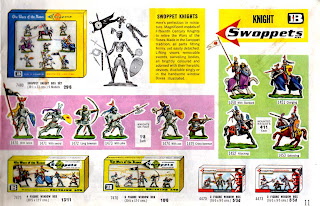 But the influences of Nicholle's book stretched across to the U.S.A. as well when model maker Aurora again used some of Nicolle's drawings as a guide to their "Knights in Shining Armour Series. Again if you check out these excellent sites you'll learn more.

More of Nicolle's work along with other Look and Learn artists can be found here: 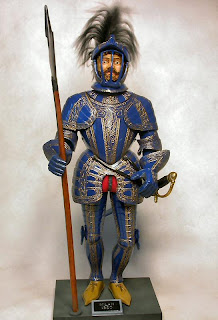 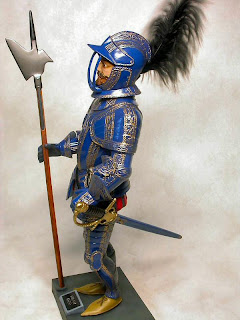