In May of 1968 my father very inconsiderately snuffed it. He had suffered a series of heart attacks in the days when bypass surgery and heart transplants were still something you read about as a medical marvel in the newspapers rather than were offered as a viable treatment. He knew he was living on borrowed time, as aside from being no fool he was a doctor and although heart surgery wasn't his particular field of practice in fact it wasn't anybody's particular field of practice outside of the medical wunderkind you read about in the papers, he calculated after his first attack that he had six years left to live and he was right. 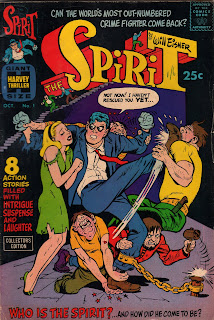 Unfortunately we just weren't really geared up to it, one never is, and neither was he as when he did finally shake off the mortal coil in the early hours, aside from being in no state to make it into school that morning for my Geography O-Level it rapidly became apparent that dear old spendthrift that he was, there was like zilch funds in his bank account and rent to be paid on the flat that we lived in and my mother who hadn't worked for twenty years wondering how she was going to keep the show on the road. 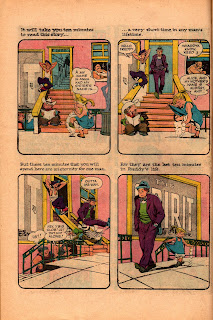 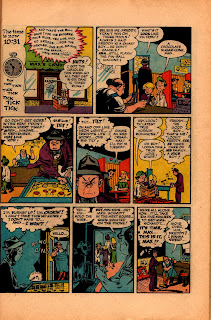 genteel semi poverty we had grown accustomed to seemed about to take a severe dip somewhere in the direction of queer street.

My mother's two sisters who had if truth be told, always somewhat disapproved of my mother's union with my father, dad having some admittedly endearing flaky tendencies, descended on us from their command base in Scotland to try and restore a bit of calm and moral support to the ongoing traumas which usually accompany such occasions. My mother in the meantime was busily seeking all kinds of fiscal regeneration and managed to contact a benevolent fund which assisted the families of deceased and impecunious doctors, as my father satisfied both criteria admirably, there was at least some funds now coming in, but she was going to have to get a job and our paper round money was also needed for the communal pot. 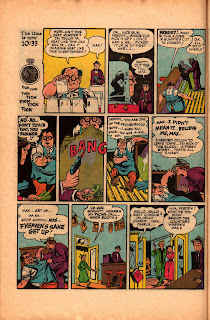 And there lay the final rub, one's comic budget was now under threat, I well recall my aunts who weren't just Scots they were Presbyterian Scots, air of approbation regarding our various indulgences as they surveyed the bookshelves sagging with rows of comics. They were firmly of the opinion that my brother and I needed to stop wasting money on fripperies that we should have outgrown some time ago.

And yes they did have a point, I was one of those sad dweeby kids who would be perusing the bottom tiers of the Thorpe and Porter revolving racks while my cooler and streetwise peers would be rifling through the upper tiers checking out magazines with he-man titles such as Stag and Men Only. 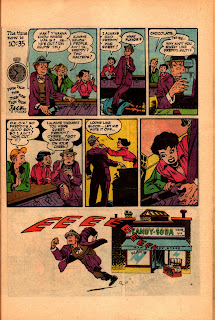 So yes, point taken I thought, until ...

A few months later I stumbled over two copies of Harvey's Spirit comic. Now I'd only become aware of The Spirit in The Penguin Book of Comics and there wasn't much to read there either but when I saw those comics. I was smitten and somewhat guiltily I actually bought both of them, and the story that really did resonate with me as I was now intimately acquainted with the transience of mortality was "Ten Minutes". When I read this story I wasn't aware that in reality the script was by Jules Feiffer, nor did I know that The Spirit had been running for nearly ten years when this story first appeared and that it would only run for another three years before ceasing publication, and occupying a kind of comics limbo for the next thirty years, it's growing cult status re-kindled by the occasional reprint of which the two Harvey comics were the most recent example, nor did I know that the year 1949 when the story originally appeared represented the strip at the peak of it's artistry, nor did I know that Will Eisner was the only comics creator with enough business savvy to hang onto the copyright of his creation and make himself a very wealthy man in the process. 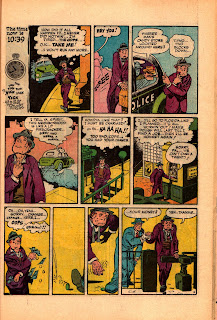 No all I knew was that this story would take me ten minutes to read. 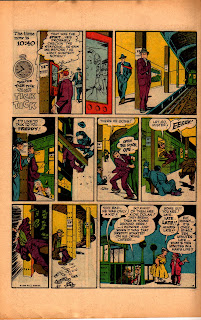