Roger Brand and the Curse of the Green Death 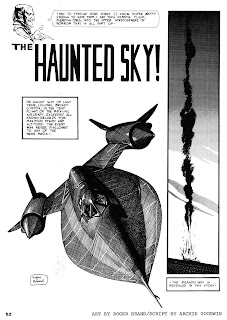 Please check this superb blog posting by Kim Deitch it renders quite a bit of what is posted here as surplus to requirements as well as deviating from what really occurred.

My first introduction to the work of Roger Brand was issue 17 of Creepy (we can't really allow a week to go by without mentioning Warren magazines now can we?). To be honest I wasn't that bowled over, it seemed a little uneven and not quite in the same league as some of the old masters - Ditko, Toth, Crandall, Morrow, Torres and Williamson that I had grown accustomed to. But nevertheless it had a certain je ne c'est quoi that did ever so insidiously embed itself into my psyche. 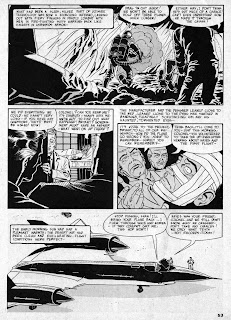 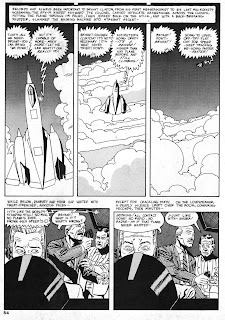 The more I discovered about Brand the more intriguing he became, by the time he created "The Haunted Sky" for Goodwin's Creepy script, he had worked as an assistant to both Wally Wood (add Brand to the roll call of Dan Adkins, Ralph Reese, Wayne Howard, Larry Hama, Larry Ivie, etc, etc) and also assisted Gil Kane, whose influence can be detected on some of the faces in the pages of this story. He was also an early contributor to Woody's Witzend, where in the story, "The Chase" you can easily detect the influence of one of Brand's overwhelming passions E.C. comics and in this case the work of Bernard Krigstein whose tortured renderings inform the seriously scuzzy penmanship of Brand's story.

However comics revolution was in the air and Brand who was by now in his mid twenties, married to a girl with dreamy eyes and knee length hair, left New York City and lit out for San Francisco with the lovely Michelle in tow. Or rather I should say returned to San Francisco as he had in fact grown up in the East Bay area before moving to New York.

Keen to immerse himself in the burgeoning underground comix scene he hooked up with the legendary (there is no other term really) Gary Arlington, whose devotion to comics was on a par with Brand's but whose at times barely legal schemes to turn a profit on the back of his passion was way ahead of Brand, who rather endearingly just wanted to write and draw the things and hopefully eke out some kind of living on the back of his labors. 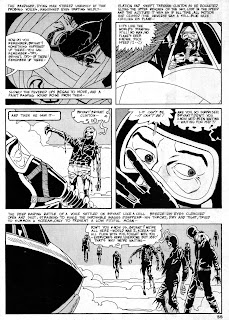 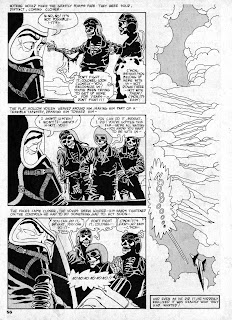 He proceeded to churn out some seriously "other" work for comics with such memorable titles as "Tales of the Leather Nun", "Real Pulp Comics", "Young Lust", "Insect Fear" and "Tales of Sex and Death". As an additional source of income he assisted Arlington with a variety of mad cap schemes, one of which, in the wake of an aborted attempt to launch a line of photostatted E.C. reprints, continued the numbering of the long defunct series on a series of mock cover prints to which Brand enthusiastically contributed artwork. Arlington flushed with the brilliance of his scheme rashly sent copies of the prints to E.C. publisher Bill Gaines. The consequential cease and desist letter from Gaines attorney was a never ending source of pride to Arlington who, on the drop of a hat would show it to all and sundry. 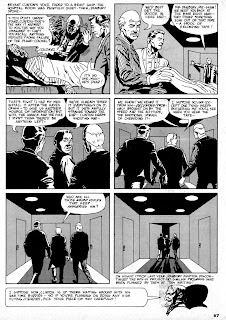 Brand's passion for comics was such that he would, much to the horror of a lot of the comic book geeks he regularly hung out with, actually dismember comics to compile scrap books of creme de la creme artwork. His other overriding passion was however, to have far more deleterious effects on his prospects. Sadly Roger Brand like several other strip cartoonists including his one time mentor Wallace Wood was addicted to alcohol, and like all true can heads was a total pragmatist in his choice of cheap and efficient ways to total trolleydom favoring Rainier's Beer aka "The Green Death". 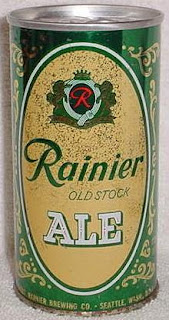 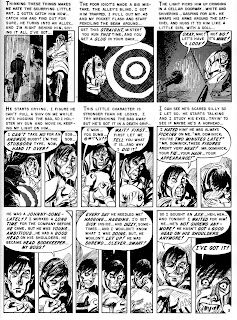 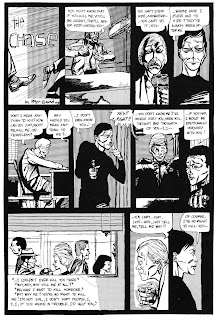 By the time his Ranier ravaged remains were being carted out of his apartment as (according to legend) Arlington was busily trying to reunite the dismembered contents of Brand's scrapbooks before the men with black bags moved in,  his life seemed plotted by Charles Bukowski, with bouts of sofa surfing and sleeping on park benches, Michelle having long moved out and remarrried Berni Wrightson as well as getting herself and her friend Louise Jones (ex wife of Jeff Jones) work at James Warren's magazines. 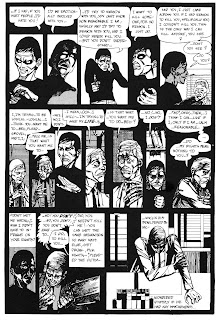 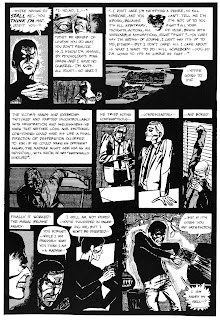 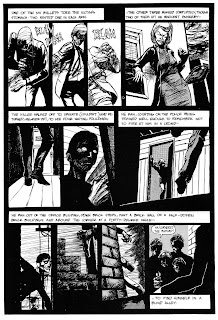 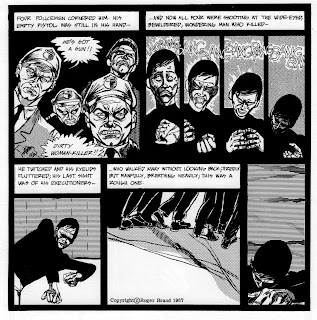 As they say, "What goes around, comes around".
Posted by Peter Richardson at 11:08